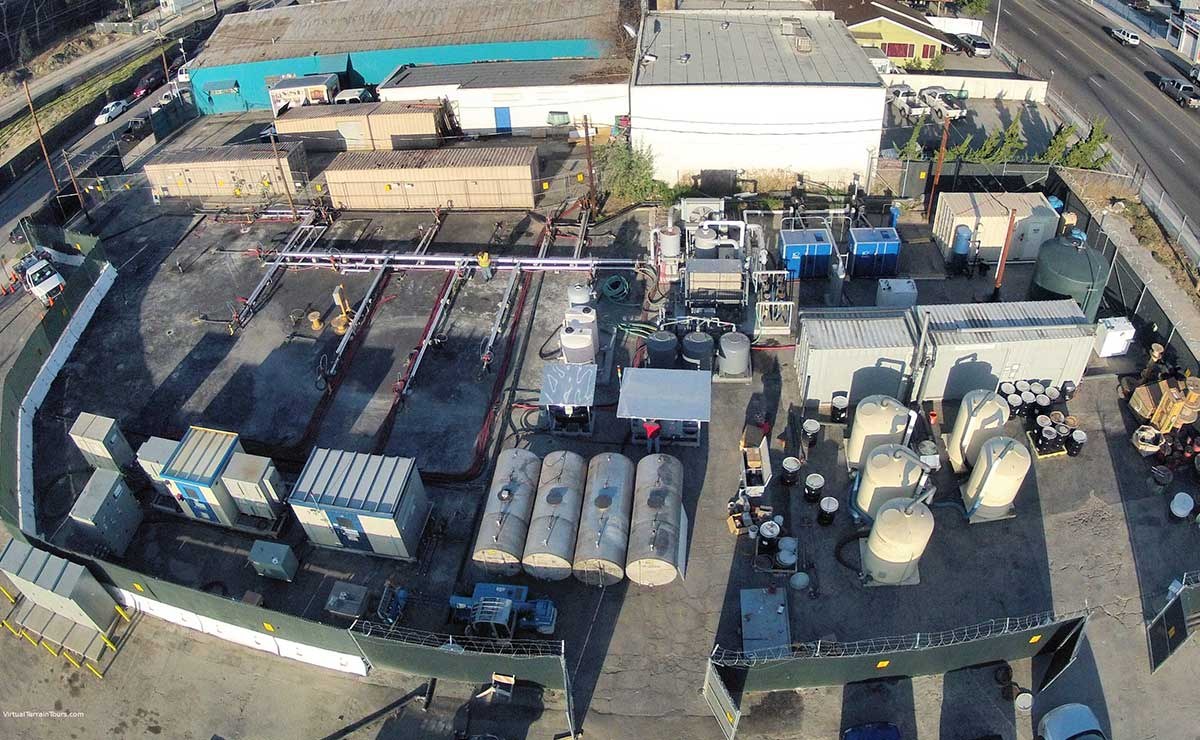 The project involved the assessment and rapid remediation of a former electrical component and aerospace manufacturing site where previous investigations had identified light non-aqueous phase liquids (LNAPL) and dense non-aqueous phase liquids (DNAPL) near a nest of 9 former underground storage tanks. The project included site characterization activities to refine the site conceptual model for the purpose of completing a remediation Feasibility Study and preparing a Remedial Action Plan. Membrane Interface Probe (MIP) and Cone Penetration Test (CPT) tooling were used to rapidly build a high density dataset for delineating the nature and extent of the plume in preparation for developing and implementing the Corrective Action Plan. The remedial strategy for the site incorporated a combined remedies approach to rapidly remediate impacts to soil, soil vapor, and groundwater at the site within and aggressive schedule to facilitate redevelopment of the property.

To facilitate the planned redevelopment, contaminants in soil vapor, soil, and groundwater need to be remediated to levels suitable for a future commercial land use scenario. Risk based concentrations (RBCs) were calculated to delineate the areas of the site which require remediation. Due to the presence of LNAPL and DNAPL within low permeability soils in a limited area near the former USTs and to meet a rapid redevelopment timeframe, an aggressive remedial design combining soil vapor extraction (SVE), electrical resistive heating (ERH), and enhanced in-situ bioremediation (EISB) was implemented at the site. The remedial design consisted of 52 SVE wells, 21 electrode wells, 15 multi-phase extraction (MPE) wells, and over 300 EISB direct injection points. Following implementation of corrective actions, Geosyntec completed a Post-Remedial Action Investigation to collect soil and soil vapor samples. The post-remedial action sample data were used to document that the site is suitable for redevelopment via a post remediation Human Health Risk Assessment.

The combined remedies approach utilized for this project resulted in significant and rapid mass removal and destruction at the site. ERH Implementation was extremely efficient and removed over 17,000 lbs of VOCs in approximately 7 months of operations. Combined SVE operations and ERH operations removed over 21,000 lbs of VOCs from the subsurface. The risk-based objectives established under the voluntary remedial action program were met within 4 years of commencing remedial actions and a Certificate of Completion has been issued by the oversight agency.