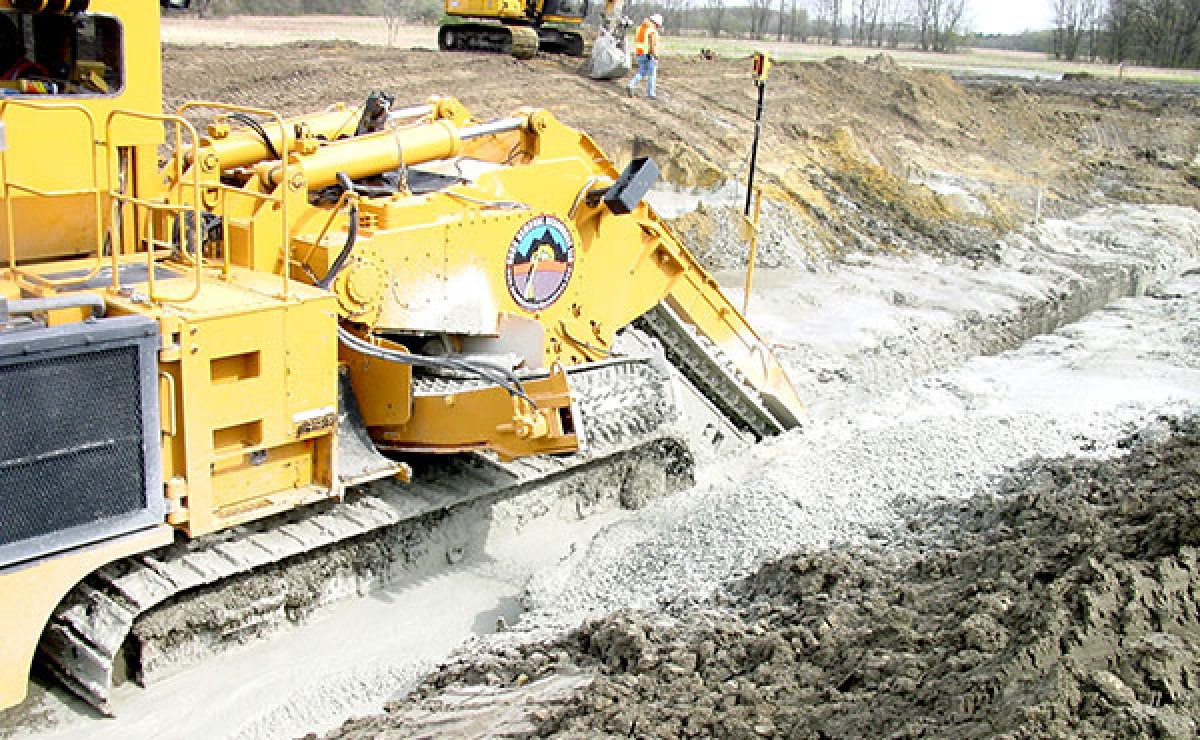 A release of gasoline from a buried transmission line led to the installation of a groundwater pump and treat system to extract gasoline-impacted groundwater from overburden and fractured dolomite bedrock. Site topography also resulted in surface water ponding above the plume and flooding of interceptor trenches. The treatment system eventually required significant enhancements based on a Feasibility Study (FS) conducted by another firm. Our client was under severe time constraints to meet regulatory deadlines established in a Consent Order from the state environmental regulatory agency.

Geosyntec was retained to design the needed enhancements to the existing treatment system and to perform construction quality assurance (CQA) services during its implementation. Geosyntec began by designing a surface water control system to keep the ponded surface water from infiltrating into the subsurface. We also designed a bedrock trench for groundwater extraction purposes to improve the removal of BTEX compounds and methyl tertiary butyl ether (MTBE) from overburden and the fractured bedrock. Finally, we made design improvements to the existing groundwater treatment system that consisted of an oil/water separator, air stripper, and granular activated carbon. Geosyntec conducted additional aquifer testing in the deep bedrock system to evaluate further enhancements for MTBE removal and prepared all permit modifications for the project.

During the construction of both the surface water control system and the enhancements to the groundwater extraction and treatment systems in challenging winter conditions, Geosyntec provided CQA services to ensure a level of quality that was required by our client, the regulators, and local stakeholders. Optimization of the groundwater extraction and treatment system has reduced system downtime and improved mass removal.