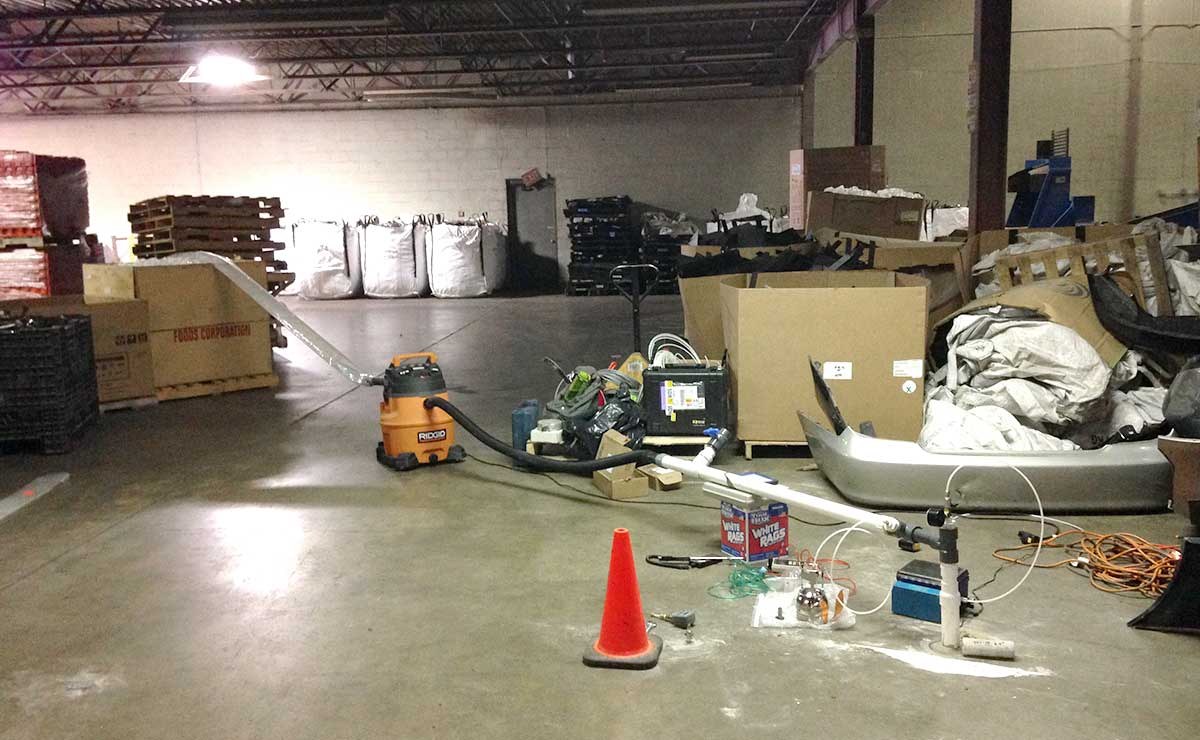 In the early eighties, a manufacturing facility (Site) was found to be the source of trichloroethene (TCE) impacts to local groundwater. Later in the decade, approximately 220 cubic yards of soil were removed from the Site’s central courtyard, an area where chlorinated solvents had previously been stored. The excavation was believed to have removed the majority of the source material, but a subsequent investigation showed elevated sub-slab soil gas concentrations of TCE centered around the courtyard with concentrations decreasing radially. The Site is currently a plastic recycling facility.

High volume sampling (HVS) was conducted at fourteen locations throughout the facility to further evaluate the sub-slab distribution of TCE in soil gas and estimate the pneumatic properties of the sub-slab fill and floor slab. The HVS program included chemical testing, pneumatic testing, and mathematical analysis. Static vacuum measurements were collected, and transient response tests were performed to inform design decisions at locations where a VI mitigation system (VIMS) was contemplated. The static and transient vacuum data were analyzed using the Hantush-Jacob Leaky Aquifer Model. The HVS results, coupled with the earlier sub-slab and indoor air results, were used to define a target mitigation area, and the VIMS design incorporated the fact that building characteristics differ throughout the building. Geosyntec worked with a mitigation contractor to install the VIMS, and Geosyntec conducted performance monitoring of the VIMS, which indicates the VIMS is performing as designed.

Ongoing operation, maintenance, and monitoring services are being provided.

Geosyntec was able to successfully implement the HVS program which proved to be a quick and cost-effective way to assess sub-slab vapor impacts. It also provided site-specific data used to design a targeted VIMS. The mitigation system successfully mitigated intrusion of TCE into the building. Multiple lines of evidence were collected to characterize VI risks and to assess mitigation system performance.