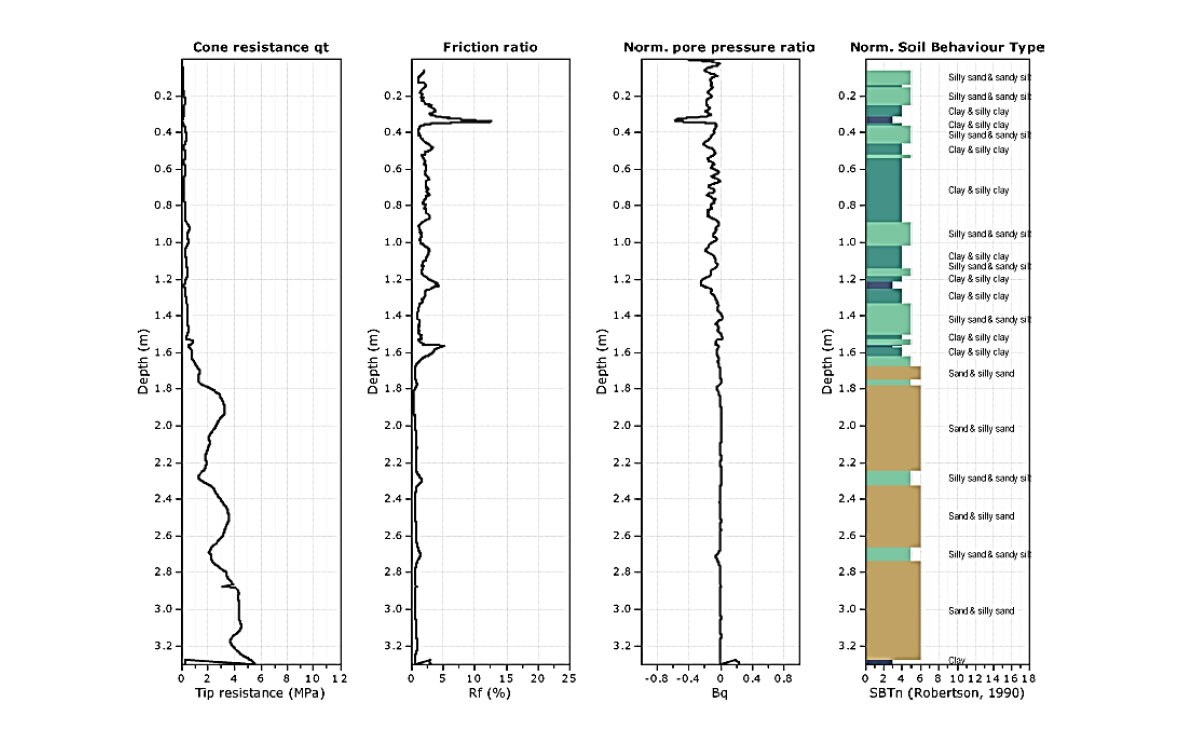 Vineyard Wind is among the United States’ first utility-scale offshore wind farms. The wind farm will be constructed approximately 15 miles off the coast of Martha’s Vineyard in Massachusetts. Vineyard Wind ultimately will supply 800 MW to more than 400,000 homes. The objectives of this phase of the project was to investigate offshore soils at selected locations. The investigation included piezocone Cone Penetration Testing (CPT) and vibrocore sampling.

Geosyntec was retained to perform remote QC checking of the CPT, process the CPT data, perform laboratory testing on the samples, and summarize the results. Six CPT tests were performed and Geosyntec used the data to evaluate the normalized pore pressure ratio, the normalized soil behavior type, shear strength, and relative density.

Geosyntec was able to fast-track data processing and results at the client’s request. For example, the CPT tests were performed between 22 December and 29 December, which was during the end-of-the-year holidays in the United States. Still, Geosyntec personnel performed QC of CPT results within two hours of receiving the field work data from offshore. Additionally, Geosyntec completed the first draft of CPT processing results for the client to review one day after the raw data was received.