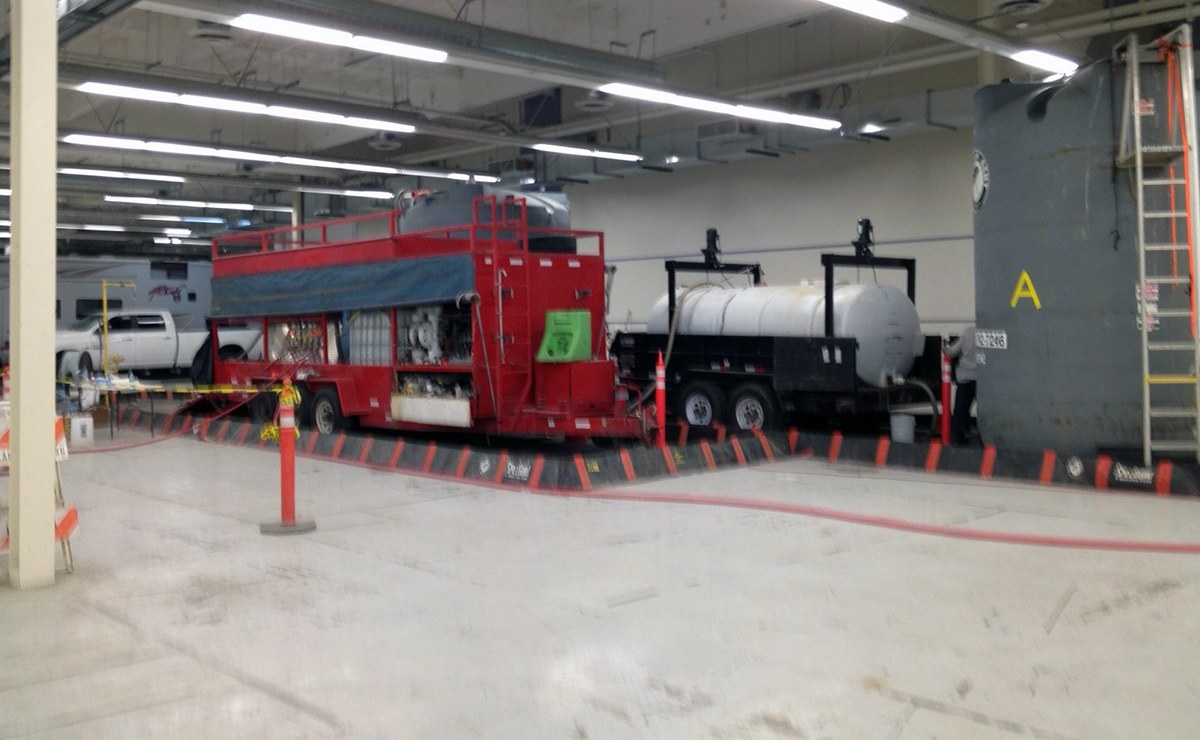 This former computer hardware manufacturing and assembly facility is located on a twenty-six acre site. Impacted with multiple chlorinated volatile organic compounds (VOCs), the site is under regulatory oversight of the Regional Water Quality Control Board (RWQCB) San Diego Region. Various areas on the site were associated with under and aboveground storage tanks (USTs and ASTs), photo development activities, and hazardous waste storage. The property has been sold, but the client retains responsibility for soil and groundwater impacts associated with former site operations.

Geosyntec was retained to complete the Remedial Investigation (RI) and implement a remedial program under an accelerated schedule to meet client contractual needs. Geosyntec performed a supplemental RI to close data gaps in the conceptual model and help identify the appropriate remedy for the site, which included investigation of multiple aquifer zones, hydrostratigraphic analysis, and aquifer analysis. Following negotiations and authorization from the RWQCB, soil vapor extraction (SVE) and in-situ chemical oxidation (ISCO) pilot studies were implemented to address residual VOCs in soil vapor, soil, and groundwater in a time-effective manner. Geosyntec oversaw and conducted construction, installation, and long-term monitoring of both pilot studies and was able to sequence operation of both systems for optimal residual VOC removal.

Geosyntec developed and won regulatory approval for a cost-effective strategy to accelerate VOC mass removal in the soil, soil vapor, and groundwater. Within just one year of implementation, ISCO and SVE tests reduced VOC mass in groundwater, soil, and soil vapor. Most wells and constituents are at or above 90% removal of initial VOC concentration levels in the vadose zone. VOCs in site groundwater historically exceeded maximum contaminant levels at several locations, but are now below those levels at the downgradient property line and decreasing toward non-detect. Overall, the extent and magnitude of VOCs in groundwater were decreased by upwards of several orders of magnitude in the residual source area. The client received a no further action (NFA) letter for the property.