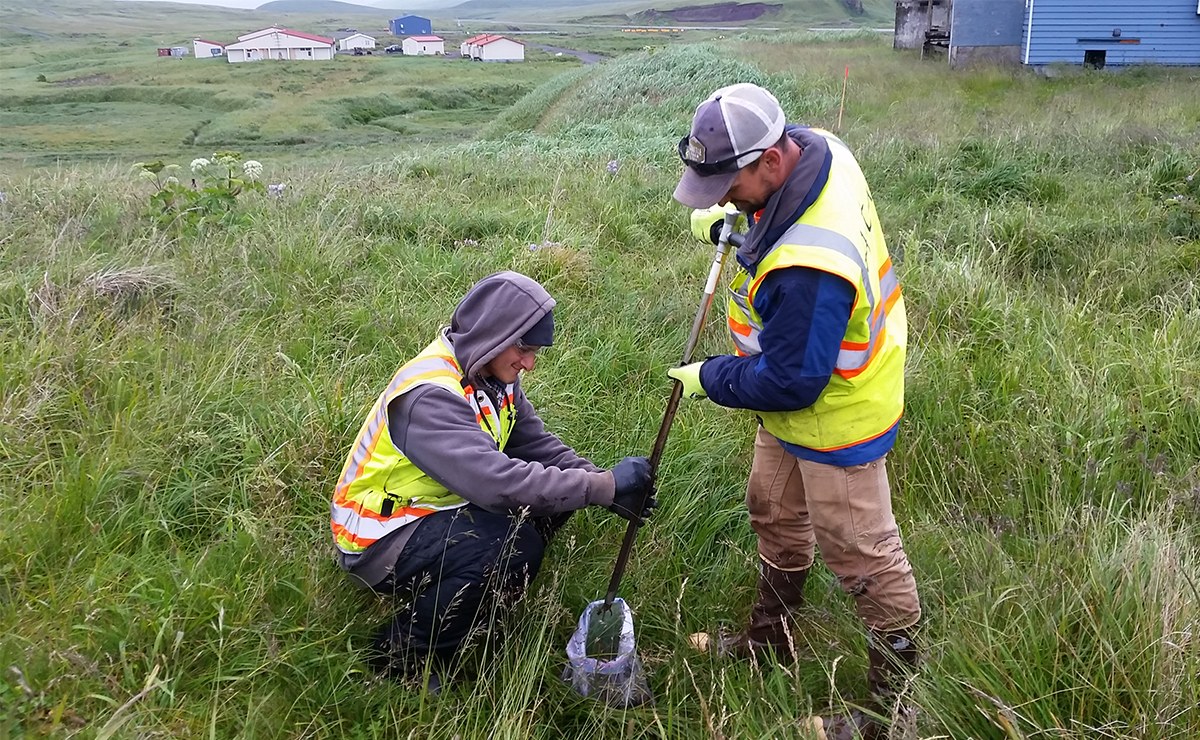 The Atka Air Force Auxiliary Field Formerly Used Defense Site (FUDS) in Alaska was jointly used by the Army Air Corps and the U.S. Navy from 1942 to 1945. The U.S. Army constructed an airfield that became operational in November 1942. Atka was primarily a U.S. Army installation although the U.S. Navy also performed air operations from there and serviced weather stations and submarine cable systems. By late 1945, the base at Atka was largely abandoned. The Atka FUDS required a remedial investigation (RI).

Geosyntec Consultants completed a risk assessment (RA) using data collected during a multi-stage RI at the FUDS. Geosyntec joined the risk assessment before the finalization of the work plan developed primarily by another consultant. In addition to completing the draft work plan, Geosyntec addressed comments from multiple stakeholders, including conflicting opinions on the data inputs required for the risk assessment. The final work place received approval from both the U.S. Army Corps of Engineers (USACE) and the Alaska Department of Environmental Conservation (ADEC).

Decision units were established based on the potential receptors and localized “hot spots” observed at CERCLA features. Additional sampling was completed in the field to collect data from within these decision units. This included an incremental sampling methodology for surface soil and a discrete, random sampling methodology for subsurface soil. The results of these and other RI samples were then used to complete a statistical analysis of the data collected in each decision unit. Exposure point concentrations (EPCs) were calculated and ultimately used to assess risk for the relevant receptors. The calculation of EPCs for the discrete data sets required a complex process of selecting, “unbiasing”, and volume-weighting data points using 3-D Voronoi tessellations.

Geosyntec completed a partial work plan and addressed stakeholder comments to achieve consensus and ultimately work plan approval from two separate regulatory agencies. The risk assessment required a fast turnaround and was completed for nearly 60 features in 3 months. After beginning the RI with over 1,100 features for assessment, none of the CERCLA-regulated features presented unacceptable risk and only 27 features required corrective action under ADEC regulations.