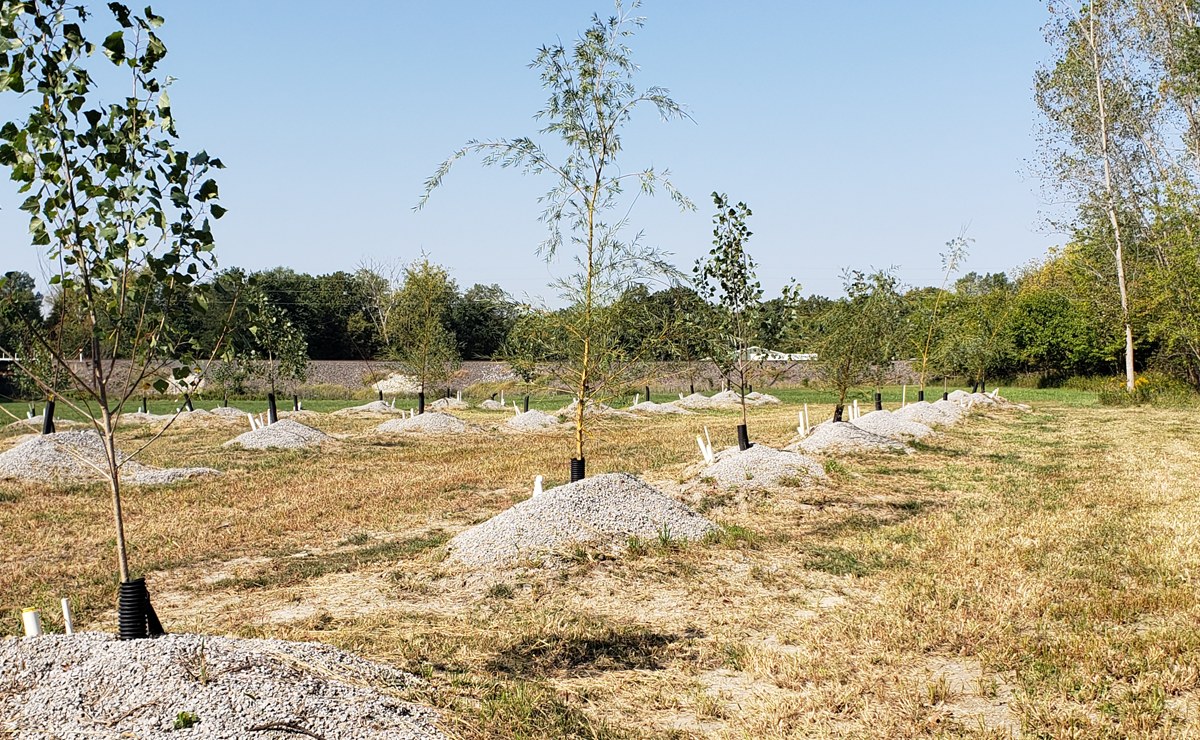 Enhanced In-Situ Bioremediation at a Former Manufacturing Facility
« All Projects

The owner of a former manufacturing facility in central Indiana needed to evaluate the performance of Enhanced In-Situ Bioremediation (EISB) and PlumeStop® Pilot Tests, delineate the horizontal and vertical extent of a trichloroethene (TCE) groundwater plume, and complete surface water and sediment sampling within a downgradient river to assess the potential for completed exposure pathways at the Site.

Geosyntec’s evaluation of pilot tests determined that EISB was an effective and efficient means to address TCE (and degradation compounds) in groundwater at the Site and was more effective than PlumeStop® (whose test was performed by others). Geosyntec was then tasked with developing a remedial strategy which included design and implementation of EISB and engineered phytoremediation, as well as use of Environmental Restrictive Covenants (ERCs) to achieve a risk-based closure for the Site.

Geosyntec developed a closure approach using Risk-Based Management Strategies to eliminate potential exposure pathways utilizing ERCs including engineering controls (ECs) and institutional controls (ICs). ERCs are enhanced with active and passive groundwater remedial technologies at three on-site locations to address areas with elevated chlorinated volatile organic compound (cVOC) impacts and to provide hydraulic control of impacted groundwater. Remedial technologies include: (1) engineered phytoremediation along a portion of the western property boundary for plume control, (2) engineered phytoremediation within the plume core at the southern property boundary to enhance attenuation, and (3) EISB in the cVOC source area to destroy mass. Long-term, monitored natural attenuation (MNA) will be used as the remediation technology to address the cVOC plume downgradient of the Site.

This remedial approach mitigates risk while maximizing destruction of cVOC mass by addressing the highest cVOC concentrations in the source area. Source mass destruction is reducing concentrations of cVOCs downgradient, and engineered phytoremediation (TreeWell® units) will remove and transpire water and cVOCs from the target intervals adjacent to and downgradient of the source area. The combination of these technologies to reduce mass flux from the Site will facilitate more rapid attenuation of the downgradient plume.

Geosyntec was able to successfully develop a remedial strategy, which was approved by the Indiana Department of Environmental Management and is being implemented, to facilitate closure of the Site using a combination of ERCs augmented with targeted EISB, engineered phytoremediation and MNA. This Site is a premiere example of risk-based closure, application of multiple remedial technologies and use of sustainable remedies. Each component of the remedy has a specific purpose which collectively have provided our client with an effective and efficient path for mitigating risk, destroying and containing contaminant mass, and achieving closure at this Site.