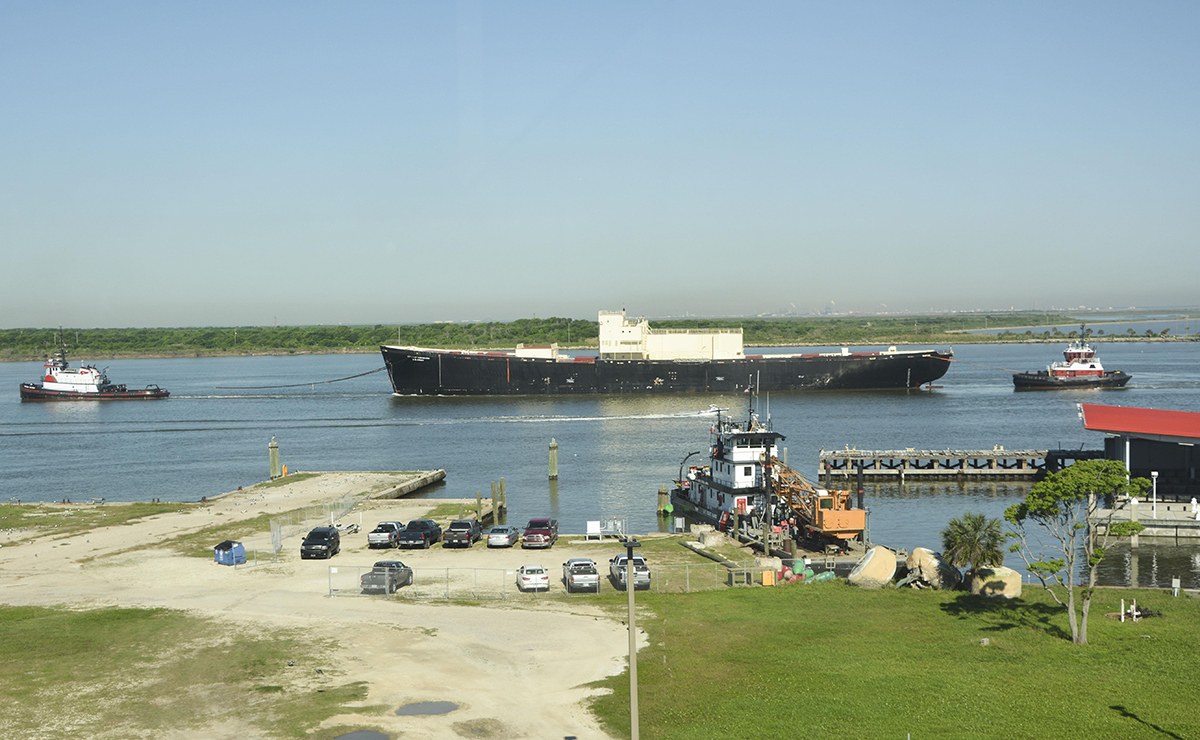 The U.S. Army Corps of Engineers (USACE) awarded a $35 million contract to decommission, dismantle, and dispose a nuclear reactor installed on a barge in Texas. A few days after a crane was erected on a single layer of lattice crane mats (and while the crane was stationary) subsidence of approximately 3-1/2” was noted below the west crane mat with no observable subsidence below the east crane mat. The crane was removed and a ground improvement program was implemented including installing dry soil cement mix piers (piers) to improve the bearing capacity. Due to obstructions during drilling, only 75 percent of the piers were installed to the design depth. The project required use of this crane for a period of about one year and its successful deployment was critical.

Working with the EPC contractor, Geosyntec assessed the stability of the crane pad based on the as built configuration of the piers. The USACE required a report be prepared to document that the as built configuration of the piers was fit-for-purpose for anticipated crane loadings. Geosyntec conducted a geotechnical site investigation and laboratory testing program to assess the compressibility of: (i) natural clayey soil units just below the tips of the piers; and (ii) soft, clayey dredged material just outside the limits of the pier installation. The information from the investigation was used to develop a finite element model of the crane pad (i.e., timber mats and steel load spreaders), subsurface soil units, piers, and an immediately adjacent concrete retaining wall. Results of the analyses indicated that total and differential settlements of the crane pad would be tolerable for a suite of crane loading configurations, including for a heavy reactor pressure vessel lift provided weak dredged material (just outside the limit of the piers) was removed and replaced with compacted granular fill. Geosyntec prepared detailed recommendations for the excavation, backfilling, and compaction of the granular fill and specification information for a gravel pad and leveling sand layer. Geosyntec provided on-site construction oversight.

The inability to successfully deploy the crane resulted in significant project delays as well as the possibility of significant personnel layoffs. At the time of Geosyntec’s involvement, the EPC contractor could not put the crane into service because the pier design had not been fully implemented. The results of Geosyntec’s study were provided to the USACE and were deemed a sufficient demonstration of the anticipated performance of the crane pad. To date, the crane has operated without any incident of intolerable settlements.