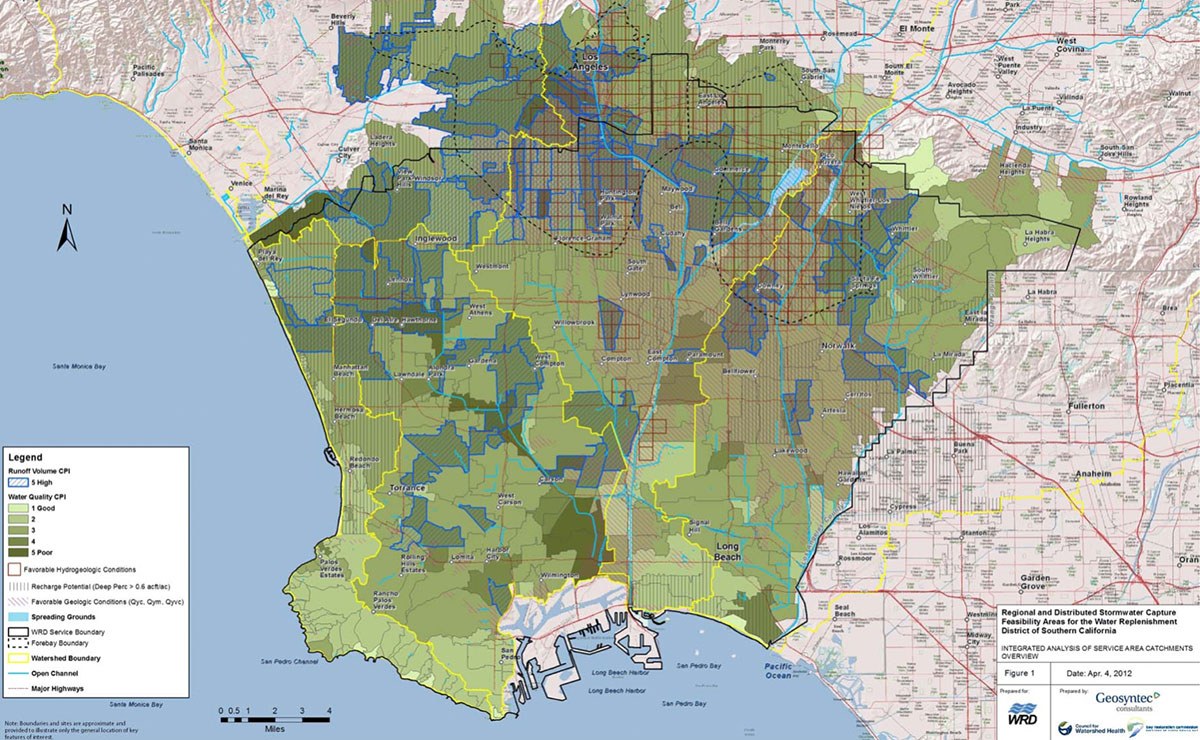 In an effort to decrease its reliance on imported water, as a subconsultant to the Council for Watershed Health, Geosyntec investigated alternatives to capture more stormwater for groundwater recharge. WRD's 420 square mile service area is located within Los Angeles' most urbanized watersheds including those of the Los Angeles and San Gabriel Rivers. Segments of these rivers and their receiving waters are impaired and subject to existing and proposed enforceable surface water quality regulations including multiple TMDLs.

Analyses identified approximately 10% of the 270,000 acres within the WRD service area as providing opportunities for local and regional stormwater recharge where nearly 17,000 acre-feet per year of potential water supply benefits can be expected. Of those, nearly 8,000 acres were identified as high priority areas that could contribute more than 4,000 acre-feet per year to the local potable aquifers. In addition, the study identified that each acre of land in south Los Angeles County that receives appropriately well-sited retrofits could annually yield approximately 0.54 acre-feet of groundwater recharge and more than 200 pounds of priority pollutant reduction.

Benefits and costs of the pilot project, advanced to the 5-10% design level, were estimated by Geosyntec. The residential and subregional BMPs have roughly equal cost to benefit ratios. Street BMPs have somewhat higher costs than benefits, while the commercial green street has significantly higher cost than benefit. It is critical to note that these benefits only include water quality and supply, and ignore other values such as aesthetic appeal, green job creation and increased economic activity.