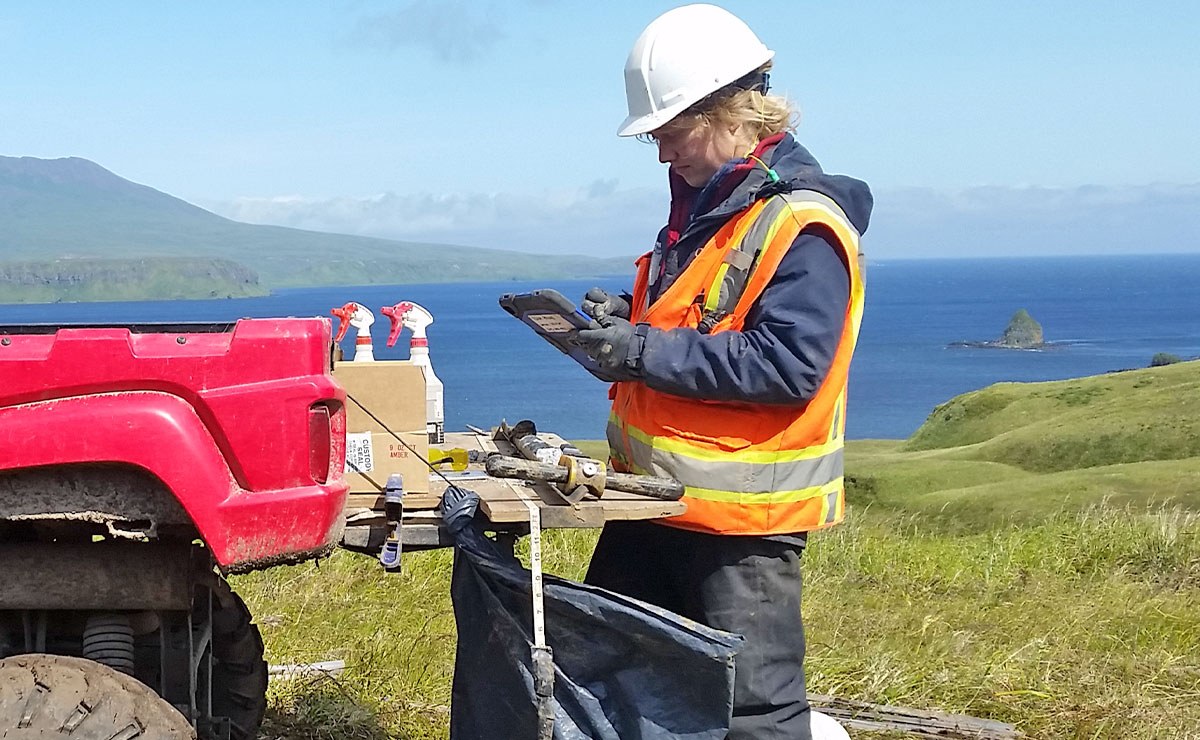 The U.S. Army Corps of Engineers (USACE) conducted a remedial investigation (RI) on Atka Island in the Aleutian Island chain over five years to gather data, fill data gaps, and determine the nature and extent of any hazardous, toxic, or radioactive waste that may remain from military operations on the island during World War II.

The area used by the military covers approximately 2,000 acres and little evidence of the military infrastructure remains. Geosyntec was tasked with designing and developing a mobile app for use on ruggedized iPads to allow the field team to navigate to features, review historical information contained in the project GIS, survey sampling locations, display the new locations on a dynamic map, and collect field data on digital forms. We were also asked to design a sync feature to upload all data to an enterprise database that interfaced with an interactive "clickable" map to allow managers and the client  to access real-time information.

Geosyntec designed the app to use a Bluetooth-connected, sub-meter accuracy GPS unit connected to a map view to navigate the field team to the historical features. The map contained four historical aerial images and one recent aerial image used in coordination with the GPS to assist the field team in identifying the former feature boundaries. When a new sampling location was collected with the integrated GPS, the location was displayed on the map so that the spatial distribution of the investigation was immediately accessible. GPS data, including a number of satellites, PDOP, HDOP, VDOP, and RMS were recorded. The app allowed the collection of screening data, soil boring data, well construction and water level data, and other information in digital forms. Photos could be taken using the integrated iPad camera along with the orientation, caption, date, time, and initials of the user. We designed management tools into the app so that when the initial investigation was completed, the feature could be marked complete, and when

Field data from the app were synced daily to a remote database and pushed to a SharePoint website that tabulated all the data and used action-level criteria to compare data and provide exceedance tables. An interactive color-coded map showed all the features and the surveyed sampling locations along with screening and sampling data associated with each feature or location.

Use of the app allowed the Atka Island field team to make real-time decisions for delineating impacts to the environment, which reduced the number of mobilizations needed and associated costs. Use of the single project database allowed the automation necessary to generate a 10-volume report of data on over 350 contaminated sites only four months after receiving field data. For future phases of the project, being able to accurately and easily relocate and identify locations needing remediation in such a remote location will prove invaluable and will undoubtedly save time and expenses.