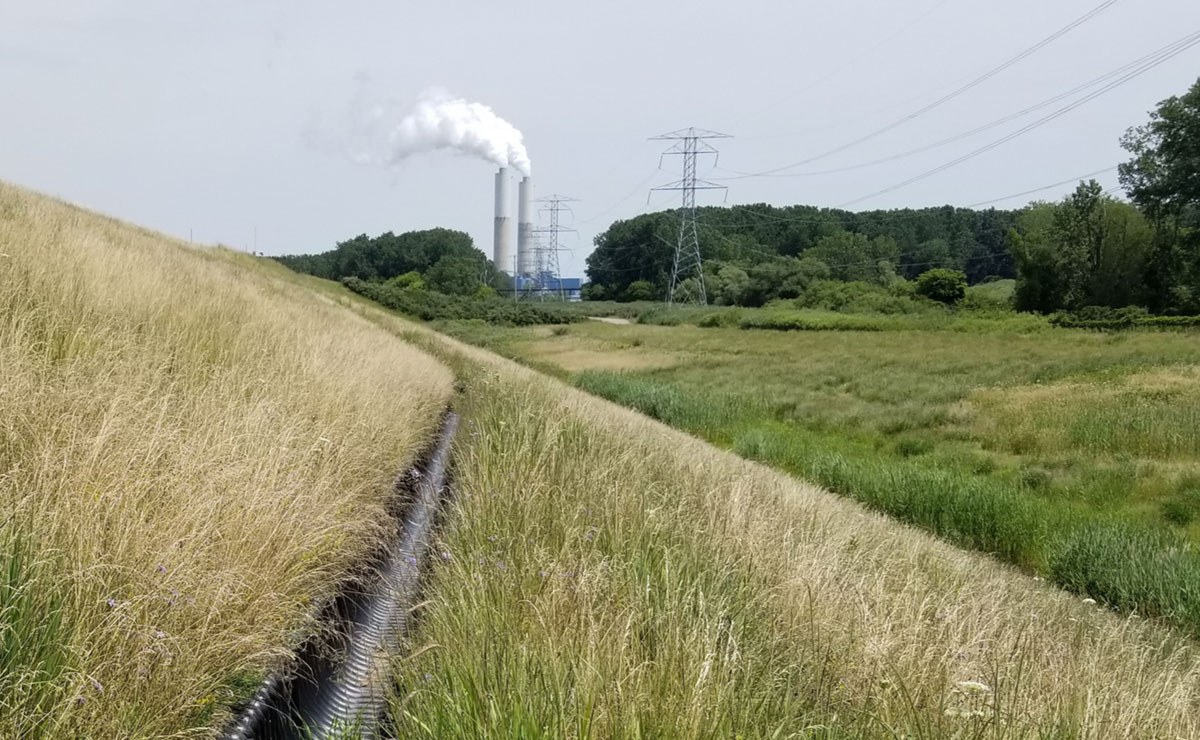 Slope Remediation at a Fly Ash Disposal Basin/Landfill
« All Projects

The project site is a 410-acre fly ash disposal basin (permitted as a Type III landfill in the long term) for a coal-fired electricity generating facility in Michigan. The fly ash disposal basin is enclosed by a 3.5-mile-long, up to 44-foot-high, compacted clay embankment. For over 20 years, the exterior face of the embankment had experienced distress in the form of tension cracking and sloughing.

After previous slope mitigation measures had proven unsuccessful at stabilizing the slopes, the client retained Geosyntec to evaluate the cause of the sloughing and to design slope remediation measures, which later expanded to include services to address many engineering aspects of the ash basin.

Geosyntec began by conducting a complete records review and a thorough visual inspection of the ash basin and the perimeter embankment. We then performed an initial site exploration consisting of field and laboratory testing of the in-situ embankment fill and concluded that the sloughs were caused as a result of the steep slope angles which, when combined with the weathering of the upper two feet of embankment fill, caused surface water infiltration and weakening. We developed a mitigation plan that was accepted by the state that defined the slope mitigation measures, the priority of those improvements, and the implementation schedule. Our analysis, conducted with input from a variety of client stakeholders, resulted in action items to reduce the immediate risk of failure. We also designed and developed permit documents for the relocation of a stream to accommodate flattening of the steep slopes.

Geosyntec was subsequently retained to prepare detailed design and construction documents for slope mitigation measures for several years, as well as engineering and full-time on-site construction quality assurance monitoring and documentation services. We are conducting periodic inspection to monitor embankment conditions and designed a remote monitoring system of slope indicators and pore pressure transducers to monitor structural conditions of the embankment using state of the art remote sensing equipment and cloud-based software.

The client also retained us to write an Emergency Action Plan, fill/operations plan, a closure plan, and an inspection, maintenance, and monitoring manual to operate the facility. We are also assisting them with federal CCR Rule compliance assistance by assessing structural and hydrologic/hydraulic conditions, conducting inspections (including training client "competent persons"), annual reporting, dam breach analysis, and hazard potential assessment.

Rather than provide a single mitigation design for the entire site that would have been over-designed for certain areas of the site, Geosyntec's multiple mitigation design was tailored to match site conditions. It is estimated that by providing four solutions instead of one, we reduced the potential construction costs by approximately 50%.