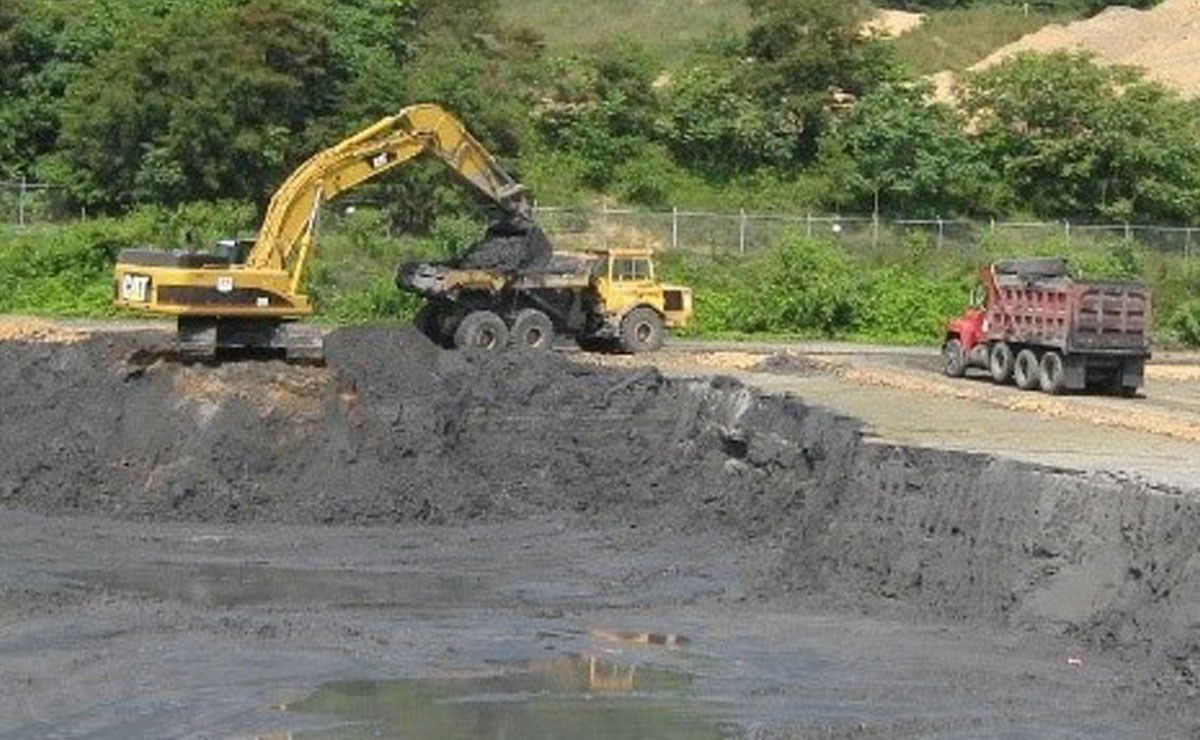 The 80-year old R. Paul Smith coal-fired electricity generating plant in Maryland produces approximately 90 megawatts of power, however its ash disposal landfill is located on the opposite shore of the Potomac River in West Virginia.

Management practices for coal combustion residuals (CCR) such as fly ash and bottom ash include hydraulic transport of CCR from the power station to one of two surface lagoons located adjacent to the existing landfill and CCR is then periodically removed from the lagoons to the landfill.  The owner of the facility retained Geosyntec to design a landfill expansion to provided 10 to 15 years of additional ash disposal capacity and design CCR removal from a surface lagoon as routine maintenance.

Geosyntec approached the project by first developing three methods of expansion: (i) lateral, lined expansion, (ii) vertical expansion over the existing landfill using a reinforced soil slope to allow raising of the top of the landfill, and (iii) vertical expansion over the full footprint. We then completed the lateral expansion design over an adjacent, previously undeveloped area of the site.  The bottom liner system included a groundwater underdrain, compacted subbase, geosynthetic clay liner (GCL), textured HDPE liner, and double-sided geocomposite leachate collection layer. We prepared a West Virginia landfill Permit Modification Application for the expansion and a West Virginia Landfill Permit Renewal Application to extend the existing permit. The Permit Modification Application included our two-phase design approach for the expansion. We also prepared landfill expansion construction drawings and specifications and a West Virginia NPDES Permit Application for stormwater discharge associated with construction activity. During construction, we developed a system to document construction compliance on a horizontal grid system for each element of the bottom liner to facilitate state approval within a couple of days of completion to enable initiating construction of the overlying layer.

We then provided ash impoundment cleanout design and construction bid documents for the entire project and provided construction quality assurance and engineering design support activities during construction of the first phase of the landfill expansion, which included a lateral expansion of approximately seven acres.

During the design process, we suggested that, as permitted by the regulations, the client request variances from certain requirements that would provide several opportunities for significant cost savings. For example, we suggested that our client take advantage of our extensive liner design experience and request that the State accept an alternate liner design that included replacement of a compacted clay layer with a GCL and modification of the required subbase permeability saving over a month of construction schedule and significant cost in materials. Further, the vertical expansion using the RSS wall was unique to West Virginia. The client was pleased that the expansion facility received a permit within one year, several months less than planned.