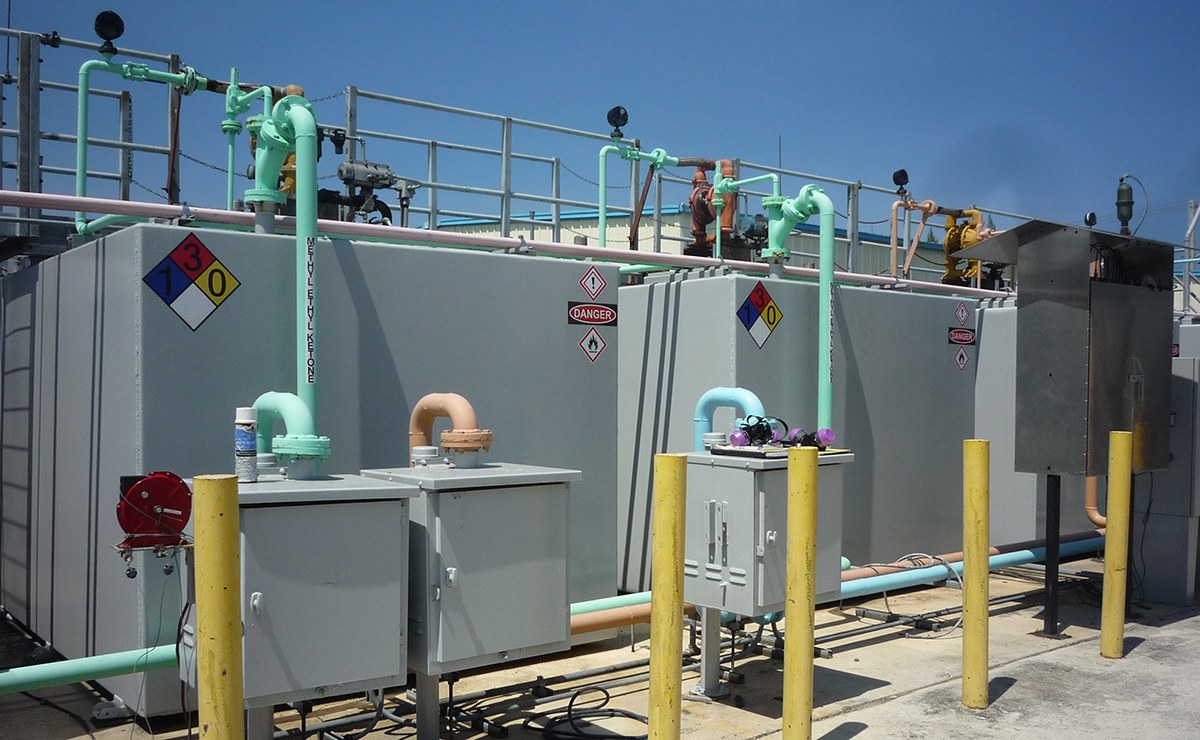 Since blending activities associated with these solvents constitute a "process" and the solvents in use meet the definition of flammable liquids with flash points below 100° F, and were above the threshold quantity of 10,000 pounds (lbs), per the Occupational Safety and Health Administration's (OSHA) 29 CFR 1910.119, Process Safety Management of Highly Hazardous Chemicals (the PSM Standard), the facility process is subject to the PSM Standard. The PSM Standard requires the collection of process information including Piping and Instrumentation Diagrams (P&IDS) as well as the performance of a Process Hazard Analysis (PHA) of the process to identify process hazards with the goal of reducing the risk of releases and/or process incidents. The facility did not have any current P&IDs and had not conducted a PHA.

Geosyntec engineers assessed the facility in the field to collect information to develop the P&IDs as well as a process flow diagram (PFD). P&IDs were developed for the facility that included a legend, relevant instrumentation, safety devices, interlocks and process controls. After the development of the P&IDs, Geosyntec led a team of facility employees through an initial PHA, based on the P&IDs, using the Hazard and Operability method; a siting and human factors checklist was also completed  to ensure those required subjects were addressed. The HAZOP method requires the use of guide-words and process parameters to identify process deviations that could occur in each part of the process. The Geosyntec PHA Leader used PHAPro® software to record the PHA notes and, along with PHA team input, applied a risk ranking technique to scenarios with potentially hazardous or disruptive consequences; the risk ranking technique considers severity of a scenario along with likelihood of the scenario given protections to assign a risk rank index which may be used to prioritize action items resulting from the PHA.

The PHAs were completed as required and the facility continues to address action items. During the PHA, valve line ups were discussed and recorded in table format; this had an the added benefit of assisting the facility with development of operating procedures. Many of the PHA action items, if implemented, will serve to reduce spills related to improper valve line ups. The facility has continued to develop their overall PSM program.