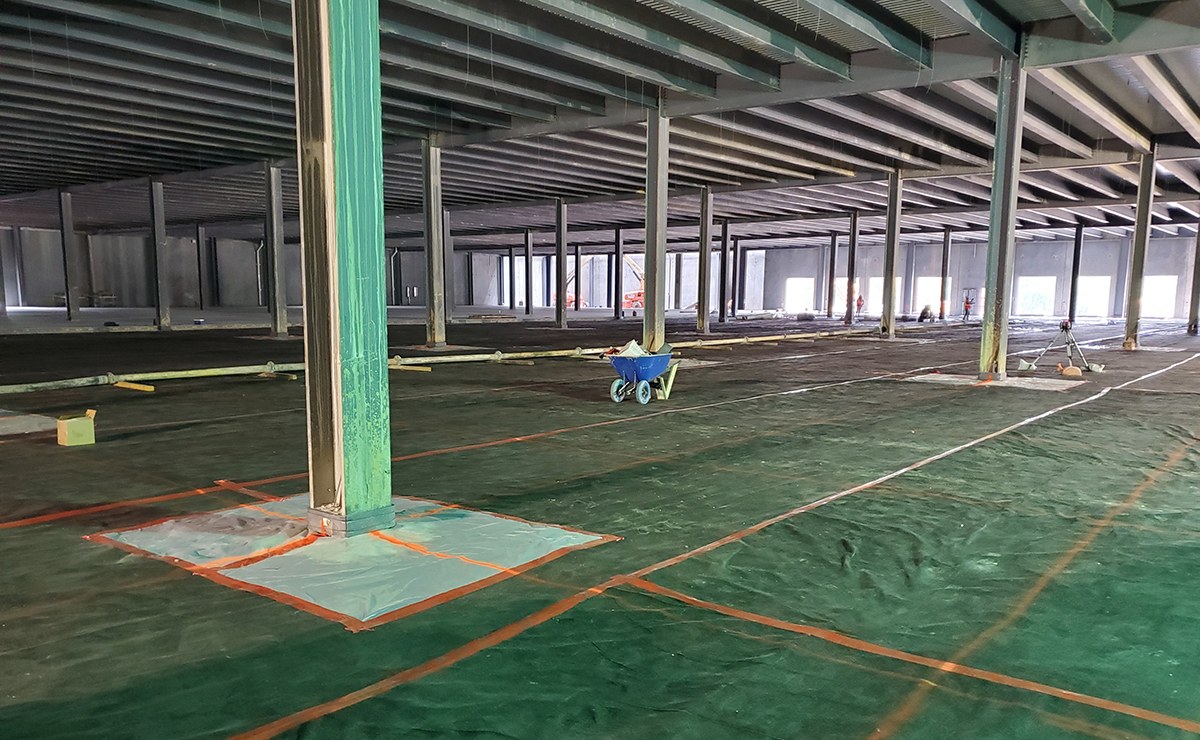 A former food manufacturing facility sat idle for nearly a decade prior to being redeveloped as a four-story, 2.6-million-square-foot warehouse distribution center. Soil and groundwater beneath the site were impacted with chlorinated solvents, polycyclic aromatic hydrocarbons, and metals from former site operations.

The new owners retained Geosyntec for environmental due diligence and Brownfields redevelopment support to facilitate the safe and effective revitalization of this former blighted property.

Geosyntec designed a vapor intrusion mitigation system (VIMS) for the 700,000-square-foot first-floor building footprint to mitigate potential vapor intrusion (VI) concerns due to the subsurface contamination. We designed an active subslab venting (SSV) system given that the interior space was entirely inaccessible for VIMS piping. The system included passive air inlets and active vapor extraction piping intended to encourage ambient air flow below the slab prior to being collected in subslab extraction piping and then discharged through roof-mounted fan and blower units. In other words, soil vapors that incidentally migrate vertically toward the slab/air flow field are then diluted and diffuse into the air stream prior to being swept into the vapor extraction piping and out of the building. An engineered geocomposite matting was designed below the slab to pneumatically connect the air inlets and vapor extraction lines, along with a spray-applied Liquid Boot® vapor barrier above the geocomposite and below the concrete slab to offer an opportunity for passive operation in the future. The design included seven active blower/fan units to mitigate VI potential into the building.

Geosyntec maintained regular correspondence with the state regulators for the duration of the redevelopment process, specifically in reference to VIMS tasks. This was of particular importance given the significant scheduling constraints for the building construction. Our SSV design approach and performance verification strategy, both of which are unfamiliar to the North Carolina regulators, were approved on schedule. This was the first SSV VIMS design approved in North Carolina.