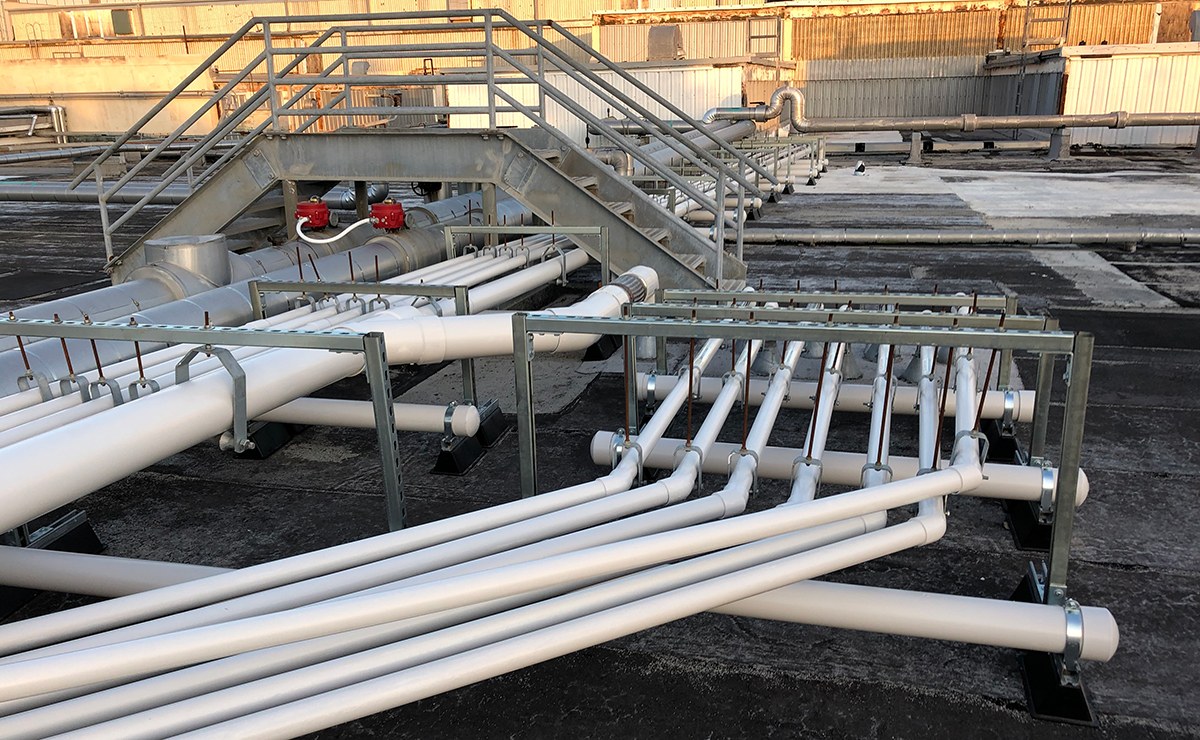 Historical operations resulted in trichloroethene (TCE) releases to soil and groundwater beneath a large military manufacturing building at the Corpus Christi Army Depot (CCAD), a tenant at the Naval Air Station Corpus Christi in Texas.

When the Navy elected to conduct a vapor intrusion pathway evaluation in the 22-acre building, very little subsurface data were available. The Navy turned to Geosyntec to conduct the vapor intrusion pathway evaluation quickly and without interfering with mission-critical military manufacturing. Once the source was delineated, the Navy retained Geosyntec to conduct treatability testing on soils and groundwater beneath occupied military office space.

Geosyntec understood immediately that traditional methods of assessing potential vapor intrusion in a one million- square-foot building would be prohibitively expensive and unacceptably invasive to manufacturing operations, impacting the facility's mission and military readiness. We used the in-house technology "high volume sampling" (HVS) to characterize the distribution of TCE in soil and at the water table. Where a traditional sub-slab soil gas investigation would have required hundreds of samples collected over weeks or months, we conducted HVS testing over three weekends in 33 locations. Using HVS, we eliminated disruption to manufacturing operations, ruled out the likelihood of a completed vapor intrusion pathway over the majority of the building, and narrowed the source area to less than 5% of the building's footprint.

In a second phase of work, the Navy tasked us and our prime contractor with investigating the source area and conducting treatability studies for TCE in soil and shallow groundwater beneath occupied spaces. Geosyntec designed soil vapor extraction and vapor intrusion mitigation systems and groundwater pilot tests for in situ chemical oxidation and bioremediation. All four systems were installed in offices and manufacturing spaces without incident thanks to careful coordination between the Navy and Army to avoid interruption of mission-critical operations.

Geosyntec demonstrated the absence of significant sub-slab sources over the large acreage of a single active military manufacturing building and focused further investigation into one small area.  We accomplished these outcomes rapidly, with minimal disturbance, and at considerable cost savings to the Navy.  These cost-saving insights learned through our HVS investigation continue to pay dividends to the Navy, including a narrow and targeted source delineation and key scoping refinements integrated into the mitigation, SVE, and groundwater system designs.