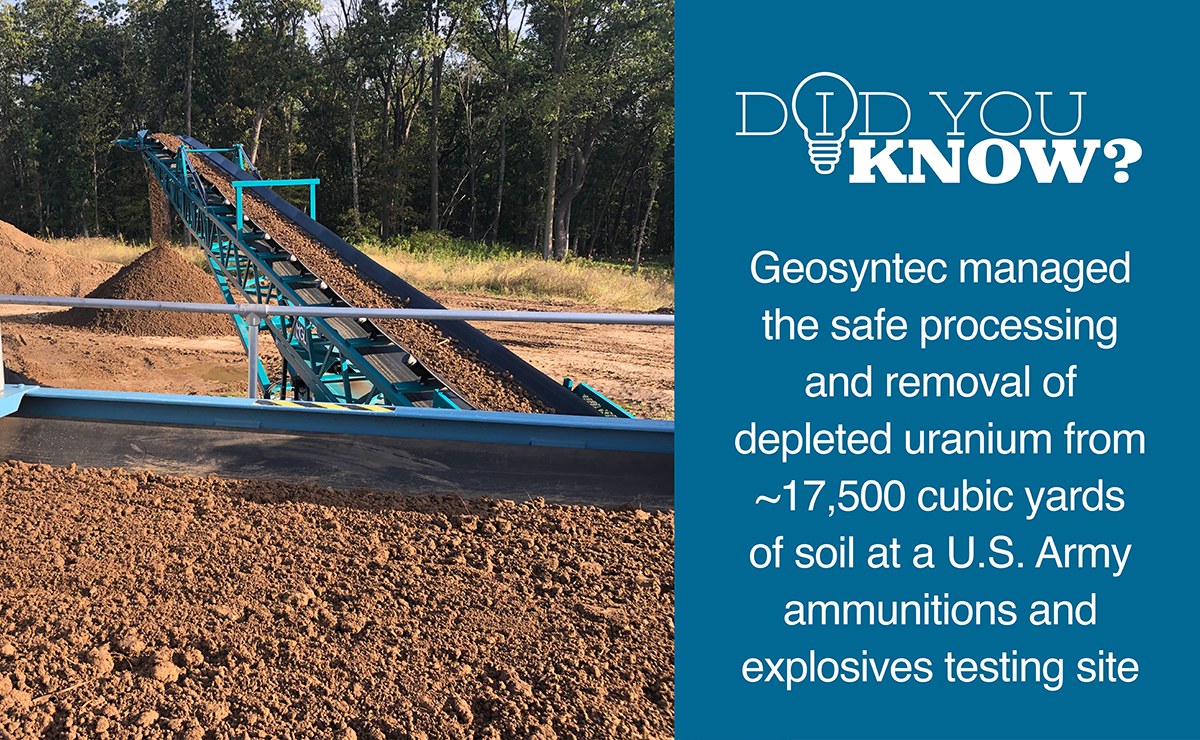 The IAAAP, constructed in November 1940 and starting production in 1941, was partly operated by the Atomic Energy Commission (AEC) from 1947 to 1975. Historical operations, by both the U.S. Army and AEC, resulted in releases of hazardous substances to soil, surface water, and groundwater at IAAAP. The site was added to the National Priorities List (NPL) in 1990. The primary contaminants of concern include explosives, metals, volatile organic compounds, and depleted uranium (DU). Although the U.S. Army currently uses the Firing Sites Area (FSA) of the IAAAP as an operational range to test military ammunitions, the AEC no longer tests munitions at the FSA, and munitions containing DU are no longer tested at the FSA.

Geosyntec is currently acting as the Construction Quality Control Systems Manager (CQCSM) for this large multi-year contracted project with the USACE for the Superfund Formerly Utilized Sites Remedial Action Program (FUSRAP) Site in southeast Iowa. The project at OU-8 consists in the management of soil screening and processing operations of DU and DU contaminated soils within a former firing site for ammunitions and explosives/unexploded ordinance (UXO). Geosyntec’s responsibilities include quality control (QC) of project plans and safety components, the inventory and management of environmental sampling, daily QC reporting and compliance, and assistance of project management roles while maintaining a full-time presence on-site.

Geosyntec’s management of the safe processing and removal of DU from 17,467 cubic yards of soil far exceeded the annual goal of 10,000 cubic yards.