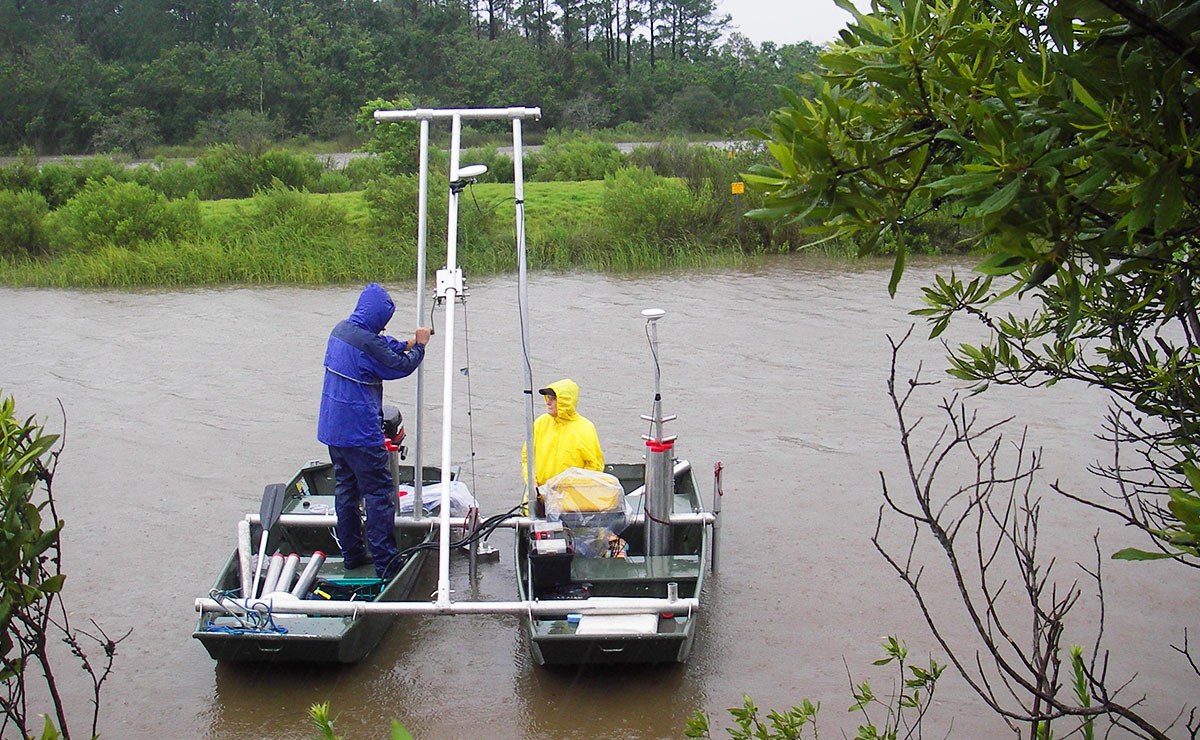 Sediment and Water Characterization and Site Remediation in Bayou Carlyss, Louisiana
« All Projects

A manufacturing client retained Geosyntec to support closure of the bayou sediments, groundwater, surface soils, and dredge spoils areas of interest at a former liquid waste disposal site. Waste materials were disposed of in open ponds at the site from the 1950s to 1971. In 1991 through 1995, liquid chlorinated hydrocarbons and impacted sludge were removed from the ponds, which were closed under Louisiana Department of Environmental Quality (LDEQ) oversight. In 1977, Olsen's Bayou, the predominant surface water feature at the site, was dredged by the United States Army Corps of Engineers (USACE). The dredge spoils were deposited on the shorelines of the bayou in several areas and on two small islands in Olsen's Bayou, the Dredge Spoil Islands.

For the sediment and water characterization, Geosyntec conducted a comprehensive assessment of site soil, sediment, and groundwater conditions as a basis for design of the remedy and to demonstrate that the remedy would protect the environment. The project team undertook a comprehensive study in the nearby bayou to evaluate the nature and characteristics of sediments. This study included sediment sampling and isotope analysis to evaluate the sediment transport regime. The results indicated that the bayou was a depositional environment with sedimentation rates on the order of two to three cm/year. Based on this information, Geosyntec prepared and implemented the detailed monitoring program as part of the site remedy.

For the remedy, Geosyntec developed a design for capping sediments in the bayou with minimal disturbance to the environment. The LDEQ approved design for remediation of the Dredge Spoil Islands incorporated a geotextile separation layer, a two-foot soil barrier layer, and a six-inch vegetated topsoil layer system, as well as other engineering controls to meet the LDEQ regulations.

Additionally, Geosyntec designed and oversaw the rehabilitation of an earthen and stone berm used to isolate former hazardous waste disposal pits from the bayou. Located immediately adjacent to a tidally influenced bayou, the berm exhibited signs of erosion, slippage, and degradation of the original materials of construction. Geosyntec designed a new armored berm, provided predictive cost estimates, USACE permitting, development and management of the bid process, and oversight of the field activities. Nearly 500 linear feet of berm was deconstructed and then re-built.

Geosyntecs assessment evalutated the natural processes in the bayou and their ability to naturally attenuate some of the constituents from the site: by allowing the attenuation to continue disturbance of large areas of wetlands, was prevented thereby allowing the area to continue recovering from the releases naturally. By devising an implementation involving use of the crane and barge, any impact or disturbance to the underlying, contaminated bayou sediments was eliminated.