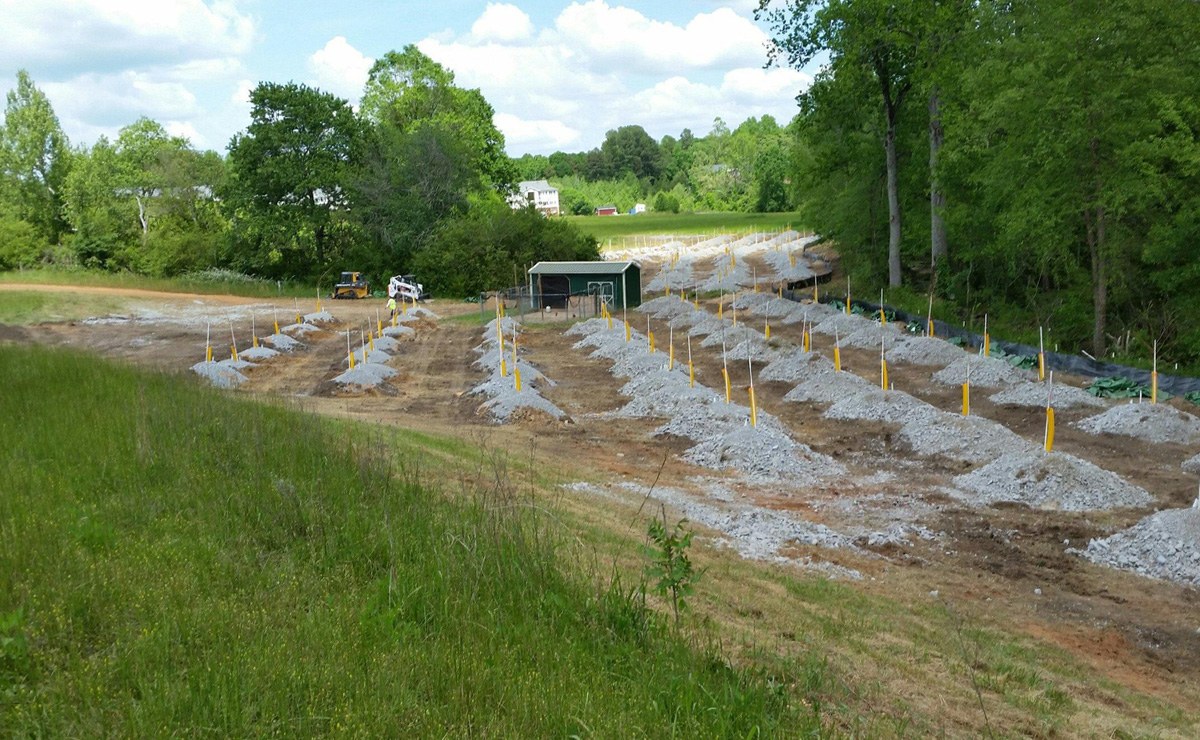 Geosyntec was retained to evaluate the potential for contaminant rebound in the source area following shutdown of the existing Accelerated Remediation Technologies (ART) in-well treatment system, evaluate the use of phytoremediation as a final remedy for groundwater treatment and control at the site, and design and install a TreeWell® system.

The site is an active electronic manufacturing facility located in Shelby, North Carolina that produces switches and electrical products for the automotive, appliance, and climate control industries. 1,1,1-Trichloroethane (and associated 1,4-dioxane) were used historically for degreasing. Sludge from a solvent recovery still and used hydraulic oil were disposed in a ditch on-site until 1982. Contaminated soil was excavated and removed in 1983, and groundwater assessment was initiated in 1986. An air-sparging system was installed and operated from 1996 through 2006. From  2007 to 2018, groundwater remediation was addressed through the operation of an ART in-well circulation system with ozone enhancement to address the 1,4-dioxane. Mass reduction resulting from operation of this system became asymptotic with groundwater concentrations remaining at an order of magnitude above regulatory levels, and groundwater with concentrations greater than surface water criteria continuing to discharge to an adjacent stream, the only risk pathway/receptor associated with the site.

Geosyntec conducted vertical geological and geochemical profiling and determined that the groundwater contaminants were primarily contained in the saprolite zone immediately above bedrock, and that the bedrock was acting as an aquiclude.

Geosyntec designed and conducted a pump test to evaluate the hydraulic characteristics of the saprolite, and developed a groundwater flow model to evaluate groundwater flow and contaminant transport. Geosyntec also performed a rebound study following shutdown of selected ART wells, and data collected during that study were used to calibrate the groundwater flow model. The calibrated model was used to determine the number of TreeWell® units needed, and the optimal planting configuration, to prevent discharge of groundwater with contaminant concentrations exceeding surface water criteria to the adjacent stream.

Successful installation and operation of a TreeWell® system allowed for the termination of the ART well/ozone system. Negotiations are currently underway to complete a conditional closure for the site under North Carolina's Risk Based Corrective Action rules.