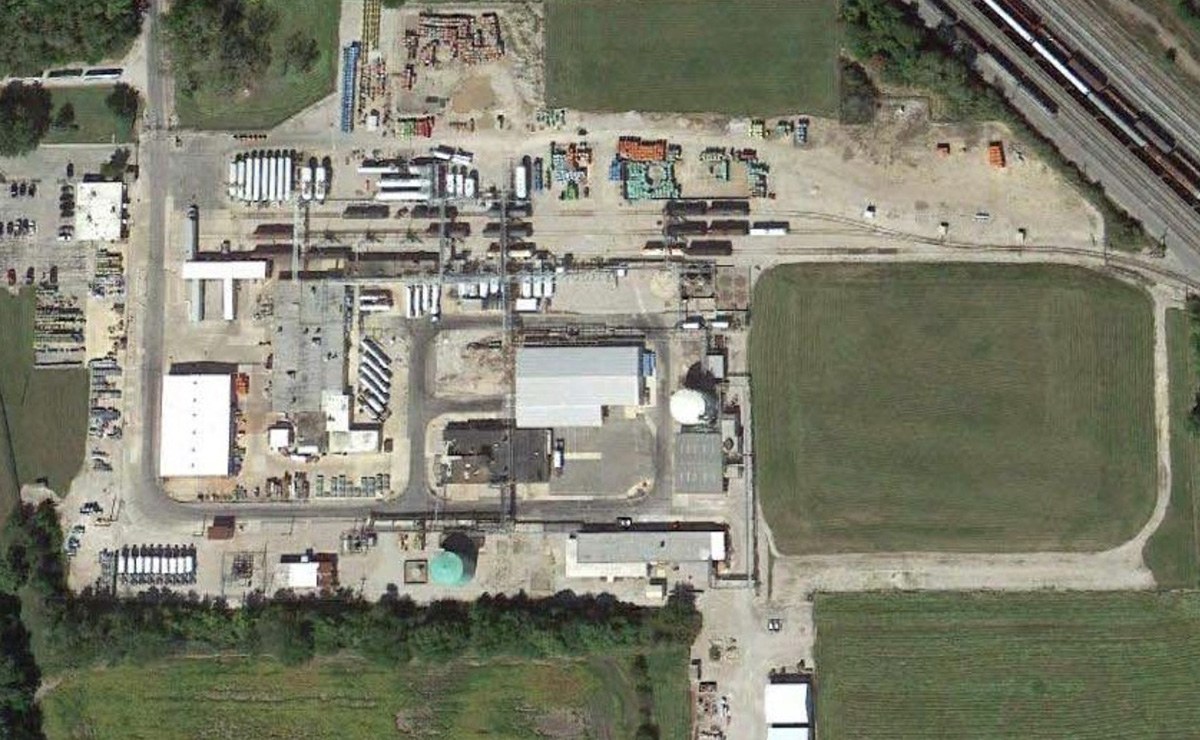 Geosyntec was retained to design and implement a final remedial approach that would address the dense non-aqueous phase liquid (DNAPL) source and groundwater plume, and allow conditional closure of the Danville Works site. The site is an active industrial facility located in a mixed-use industrial and residential neighborhood. Several historic releases occurred at the facility, including a significant release of carbon tetrachloride from an above-ground storage tank in 1978. The defined source area lies beneath a multiple-track rail spur that is located within the heart of facility operations, limiting the options available to address the carbon tetrachloride DNAPL. Groundwater at the site occurs within a low-permeability glacial till, and is extremely difficult to extract; consequently, the existing pump-and-treat system, in operation since 1980, has been essentially ineffective. Additionally, the system has very high operation and maintenance costs.

Using existing site data, Geosyntec developed a comprehensive conceptual site model (CSM) and identified additional data needs and potential remedial options to address the DNAPL zone. Engineered phytoremediation was identified as a potential alternative to the costly and ineffective pump-and-treat system. To evaluate the feasibility of phytoremediation, Geosyntec conducted an evaluation of site agronomic conditions and potential phytotoxicity. Geosyntec also conducted high-resolution soil and groundwater sampling to identify the depth and thickness of groundwater zones with slightly higher permeability where the bulk of groundwater flow occurred, and concentrations of contaminants within those flow zones. A preliminary groundwater model was created to facilitate design of pilot tests involving TreeWell® systems to target the specific flow zones containing the majority of the contaminant mass. Geosyntec prepared a pilot test work plan that provided the results of the assessment and evaluation activities, and included the TreeWell® system installation plans. These plans were implemented following approval of the work plan by the Illinois Environmental Protection Agency. Geosyntec is currently monitoring performance of the two pilot test systems, and the systems are performing as predicted by the groundwater model.

Following the first year of the pilot test monitoring and evaluation, Geosyntec conducted additional groundwater modeling to support the design of the full-scale remedy that included the use of TreeWell® units for groundwater flow control. The remedy also includes future in situ thermal remediation using electro-resistive heating to address the DNAPL source area when a planned change in facility operation allows the removal/relocation of the existing rail spur.

On the strength of the pilot test and subsequent modeling, the Illinois Environmental Protection Agency approved shut-down of the pump-and-treat system. This has eliminated the cost burden of system operation and maintenance, and simplified the transition of the property and manufacturing facility to a new owner/operator.