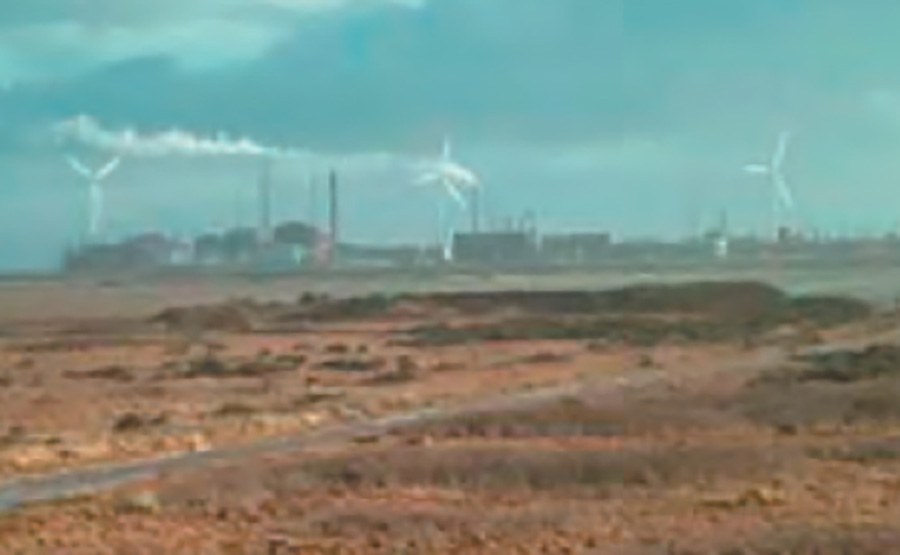 Groundwater beneath the Høfde 42 Harboøre Tange site is contaminated with some of the highest concentrations of organophosphorus pesticide wastes found anywhere in the world. From 1957 to 1962, pesticides and pesticide manufacturing wastes from a neighboring agrichemical plant were discharged to sand dunes at this site, which is located on the shore of the North Sea on the western coast of Denmark.

Today, an estimated 267 tons of pesticides and pesticide manufacturing wastes remain at the site, primarily consisting of the highly toxic chemicals parathion, methyl parathion, and malathion. Largely immiscible in water, much of the pesticide contamination at the site is present as a dense, nonaqueous phase liquid (DNAPL). The site groundwater is highly acidic (pH of 3 to 4), and the groundwater toxicity is further increased by the presence of an estimated 60 Kg of mercury that is co-mingled with the pesticide wastes.

The team of COWI A/S and Geosyntec Consultants was retained to perform a bench treatability test evaluating a variety of in situ chemical oxidation (ISCO) technologies, including advanced oxidation processes (AOP), Fenton's reagent, and permanganate.

The team of COWI A/S, Geosyntec, and the Danish Technical University (DTU) was also engaged to conduct a literature review regarding alternative methods for applying nano-scale and microscale zero valent iron (ZVI) treatment technologies at the site.

Subsequently, Geosyntec and third party laboratories performed bench treatability tests on the treatment of site groundwater using Fenton’s reagent and AOP. The results of these bench tests indicate that Fenton's reagent and AOP are both potentially highly effective technologies for treatment of the site contaminants. Fenton's reagent at each dose tested achieved complete destruction of the pesticides and associated manufacturing wastes, and reduced the toxicity of the groundwater by 77% as measured by bioassay. Ozone as a sole oxidant resulted in the generation of a toxic intermediate (oxons), but use of AOP (ozone + peroxide) achieved complete treatment of the site contaminants without generation of oxons. The results of these bench tests indicate that both Fenton's and AOP are promising technologies for application at the site.

Geosyntec led a project team that successfully identified and demonstrated two technologies for effective treatment of the highly toxic and unique mixture of contaminants at the site. Geosyntec and COWI completed this work within an expedited 4-month turnaround from start-to-finish. The efforts of our team have successfully provided the Danish EPA with more technology options for reducing the environmental and human health risks at Høfde 42.