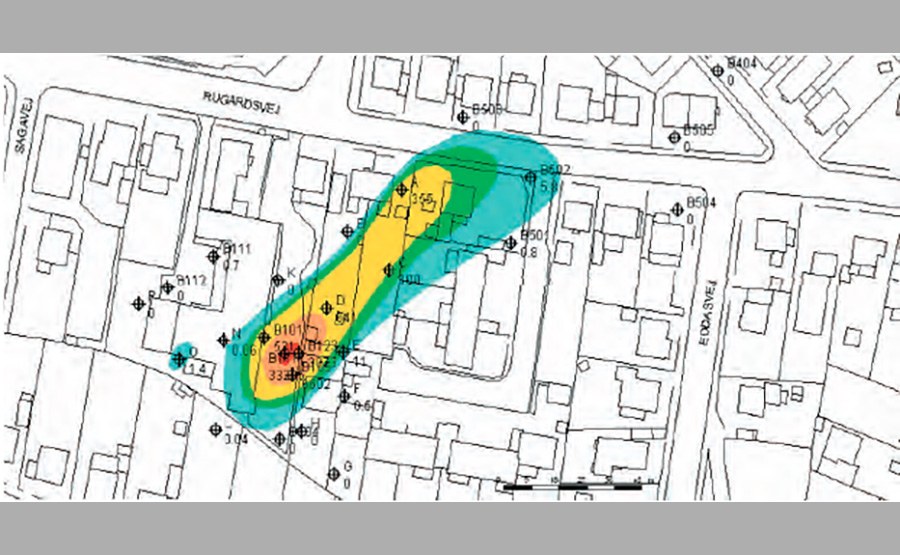 Groundwater supplies at many locations throughout Denmark have been impacted by chlorinated solvents including tetrachloroethene (PCE), trichloroethene (TCE), and 1,1,1-trichloroethane (1,1,1-TCA). Much of the contamination has occurred due to releases from dry cleaning facilities, and solvent plumes are often found in residential neighborhoods. As a result, private and public stakeholders in Denmark are focusing increasingly on cost-effective remediation technologies.

Toward this end, the Danish Environmental Protection Agency retained a highly-qualified team of experts consisting of Geosyntec Consultants, COWI A/S, and the Technical University of Denmark (DTU) to write a state-of-the-science guidance manual regarding biologically enhanced reductive dechlorination (ERD) for the treatment of chlorinated solvents. Geosyntec co-authored
the manual, which included a comprehensive review of biodegradation mechanisms, electron donors for biostimulation, bioaugmentation, and active and passive bioremediation approaches. Geosyntec also led the development of a site scoring matrix to gauge the suitability for remediation by ERD.

Geosyntec, COWI, and DTU performed site inspections and evaluated the feasibility of EISB at 13 sites in Funen County. Many of the sites are underlain by clay deposits with low permeability. In addition, it was found that PCE and TCE were slowly biotransforming to cis-1,2-dichloroethene (cis-1,2-DCE) and vinyl chloride at many of the sites. The team concluded that although geologic setting favored natural attenuation in some cases, biostimulation and bioaugmentation with Dehalococcoides microorganisms would significantly accelerate treatment rates at many sites. Bench tests performed by DTU confirm that Dehalococcoides in the KB-1® culture can significantly enhance biotreatment at certain sites.

The final guidance manual, which is the first such manual in Scandinavia regarding chlorinated solvent bioremediation, was published in March 2005, and is available on the Internet at: http://www2.er.dtu.dk/publications/fulltext/2005/MR2005-013.pdf.