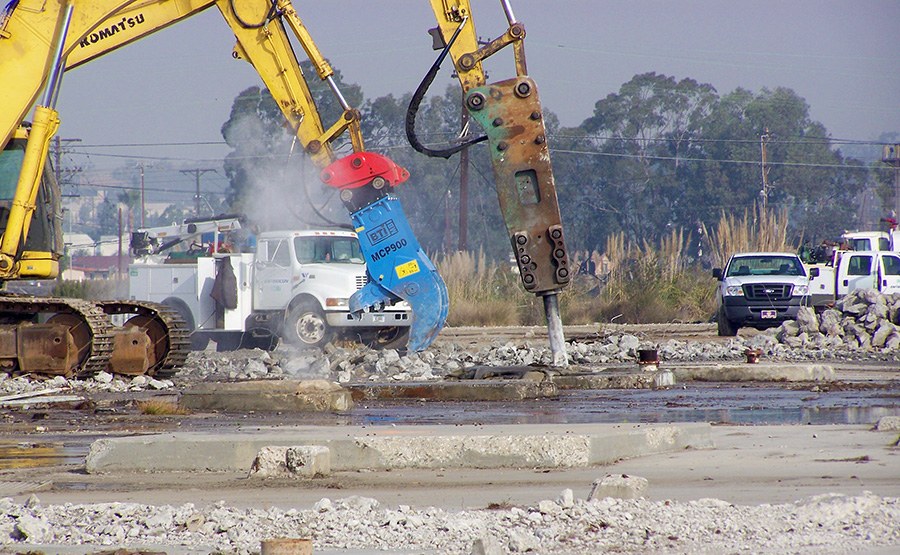 Fuels Terminal Demolition at a Former Oil Refinery
« All Projects

The site is a 400+ acres located in Los Angeles that includes a former refinery process area, a former chemical manufacturing/current chemical storage facility, and a large active petroleum tank farm area. The site is bounded by residential, commercial, and industrial land uses. The former oil refinery process area encompasses approximately 80 acres of the site. The site owner's goal for this project was to prepare the site for future uses by demolishing the underground foundations, process piping (both steel and asbestos-cement), electrical, sewers, and drains, and backfilling the site and grading in the former process area.

During implementation, Geosyntec provided CM oversight through weekly meetings, cost and schedule tracking and reporting, management of proposed contract changes, progress payment approvals, field monitoring for South Coast Air Quality Management District (SCAQMD) Rule 1166 permit compliance, and quality assurance of crushed materials, backfill, and grading. Additionally, we provided permit application services and obtained the permit on behalf of client under Rule 1166 for the control of fugitive volatile organic compounds (VOC) during excavation of VOC-contaminated soil. Rule 1166 thresholds define handling and disposal requirements based upon concentrations of VOC at the time of excavation. We also provided full-time onsite monitoring of excavated soil with Photo Ionization Devices (PID) (deploying a site supervisor and up to six technicians) in order confirm compliance with Rule 1166 requirements for the handling, stockpiling, and offsite disposal of VOC-contaminated soil. During the peak periods of activity, 100 end-dump trucks were loaded each day before noon in order for the trucks to make a round trip to the landfill and be onsite the next morning.

Approximately 150,000 cubic yards of underground concrete foundations were removed, crushed onsite, and stockpiled for future use as base material for onsite paving, saving both potential disposal costs and purchase of new material. Approximately 165,000 linear feet of underground piping was removed and salvaged as scrap steel. In order to access the underground foundations, piping and electrical, soil over burden was removed. Nearly all of the soil excavated was impacted with hydrocarbons and/or metals. Of the 170,000 cubic yards of soil excavated, 150,000 cubic yards were required to be disposed off site at a properly permitted landfill. Both sealed roll-off containers and end-dump hazardous waste haulers were used for transporting the soil to the landfill. A rolling stock of up to 300 roll-off bins was used at one time.

Geosyntec also developed a site grading plan, provided stormwater system improvements including the pumps and piping to augment the existing system after demolition, and provided CM for the final site grading.

Geosyntec developed a web-based data management program, accessible by field personnel through the use of programmed cell phone/PDAs, for tracking and managing the status of up to 300 covered roll-off bins used for handling the VOC-contaminated soil.