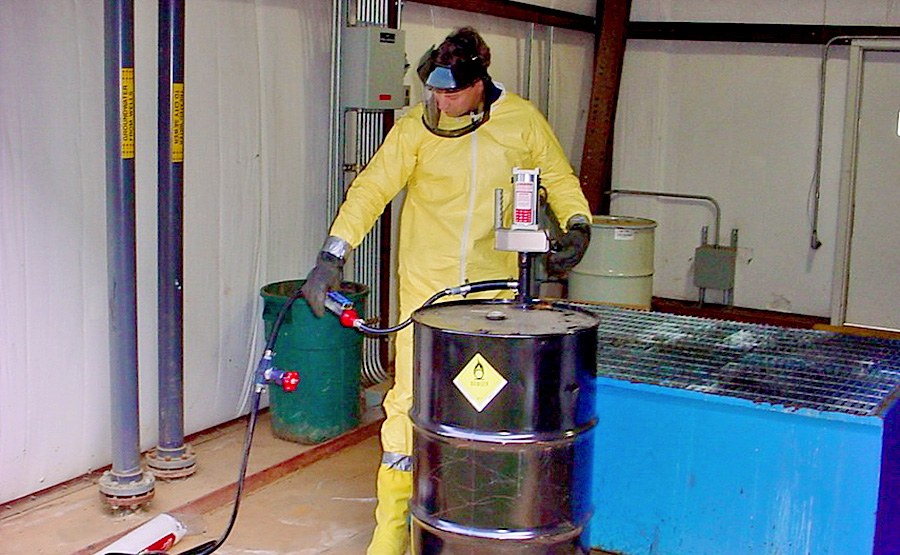 Since 1956, the Tenneco Automotive facility has been producing automotive components at the project location near Hartwell, Georgia. The site is underlain by fractured bedrock and highly anisotropic groundwater flows due to subsurface lineaments. Degreasing fluids containing chlorinated VOCs were used at the facility between 1956 and 1981. The existing 1998 Corrective Action Plan (CAP) for the site recommended continuation of a conventional pump and treat technology to remediate groundwater in off-site, largely residential, areas even though a decade of this remedy had failed to control plume expansion. Tenneco retained Geosyntec to meet a time-critical regulatory requirement to improve the existing groundwater management program.

Geosyntec performed site investigation activities to complete the site characterization (following the work of other consultants) prior to performing the remedial design. We collected soil, surface water, and groundwater samples and analyzed for key constituents of concern (primarily chlorinated hydrocarbons). We reviewed and evaluated the extensive past site characterization data and installed a limited number of additional monitoring and recovery wells. Geosyntec employed innovative investigation techniques (including the use of down-hole geophysics) to develop a refined site conceptual model. We identified both potential source areas and primary migration pathways using the combined data set (i.e., past and new site characterization information) as well as performing field testing and developing a computer model to predicted on-site and off-site migration of constituents of concern at the site.

Specifically, Geosyntec began its activities with a critical review of the Conceptual Site Model (CSM) that assumed two flow horizons, saprolite and bedrock, in the design of the existing extraction network. Drawing on our expertise in Piedmont hydrogeology, we reviewed past characterization data and performed geophysical testing in existing and newly advanced boreholes, including the heat-pulse flowmeter and the acoustic televiewer. We used these collected data to revise the CSM to include a critical intermediate, plume-controlling flow zone that had not been identified previously.

The revised CSM allowed Geosyntec to target the groundwater extraction more effectively through the installation of extraction points in the critical flow horizon. As a result, the contamination plume is shrinking instead of growing, and the groundwater beneath 25 previously impacted sites now meets risk reduction standards. These results significantly reduced the potential for damage claims from off-site residential property owners.