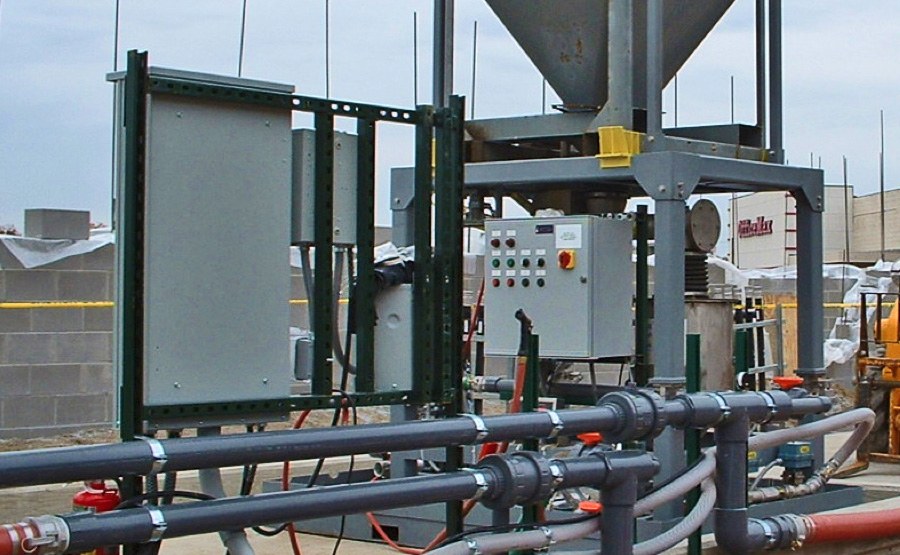 In Situ Chemical Oxidation of TCE in Fractured Bedrock
« All Projects

At this site, TCE DNAPL is present in highly fractured bedrock that is currently used by the local municipality as a drinking water supply. In summer 2001, the U.S. EPA issued a Preferred Remedial Action Plan (PRAP) for the site, primarily consisting of pump and treat remedy components for both the source area and the plume. The Client retained Geosyntec to demonstrate to U.S. EPA and the Pennsylvania Department of Environmental Protection (PADEP) that pump and treat would not result in remediation of the source area within any reasonable timeframe.

To develop and demonstrate the technical efficacy of TCE DNAPL source remediation, Geosyntec conducted treatability testing, pre-design characterization and successful pilot testing at the site. Bench-scale testing of in situ chemical oxidation using site materials (bedrock and groundwater) indicated that the technology could aggressively treat the elevated TCE concentrations in the source area groundwater. Our bench-scale in situ chemical oxidation treatability studies also confirmed that oxidation did not result in adverse impacts to groundwater geochemistry. Based on the treatability results, we conducted a field pilot test. TCE concentrations rapidly declined from the average concentration in the extraction well within 55 days of operation. As expected, TCE destruction was accompanied by an increase in the chloride concentration, and eventually by permanganate breakthrough at the extraction well when the amount of TCE remaining in the test area was less than the amount of permanganate being added.

Geosyntec successfully advocated for evaluation of in situ remediation technologies such as in situ chemical oxidation to aggressively treat the source area within a shorter timeframe than pump and treat, allowing the use of long-term monitoring or monitored natural attenuation (MNA) for the on-site plume. Geosyntec's site work suggests that chemical oxidation using permanganate is likely to be an effective means of reducing source zone concentrations and decreasing the extent of the on-site groundwater plume. The ISCO remedy involves pulsed permanganate solution injections via multiple injection wells located upgradient of the Source Area. These permanganate injections are coupled with groundwater extraction to spread the oxidant. The groundwater recirculation occurs using the extraction and injection wells after pulsed permanganate solution injections to facilitate permanganate flow through the fractured rock. The ISCO remedy alternates between recirculation and shutdown to combine forced and natural hydraulic gradients. This approach has the benefit of introducing "active" and "semi-passive" ISCO delivery to the fractured rock. Geosyntec completed the Conceptual Design during the summer 2005, Pre-Design Characterization of the source area in the fall 2006, Detailed Design, including regulatory submittal in April 2007, construction in 2007, and the first injection in 2008. A second injection is being planned for 2009.

Based on Geosyntec's convincing pilot test data, U.S. EPA modified the preferred pump and treat remedy and incorporated source zone treatment using permanganate into the Record of Decision. This is only the second Record of Decision advancing the use of chemical oxidation with permanganate for source zone remediation in fractured bedrock. As a result, Geosyntec anticipates that the chemical oxidation remedy, if successful, will avoid the need for construction of a pump and treat system and decrease the cost of the full-scale groundwater remedy at this facility by several million dollars.