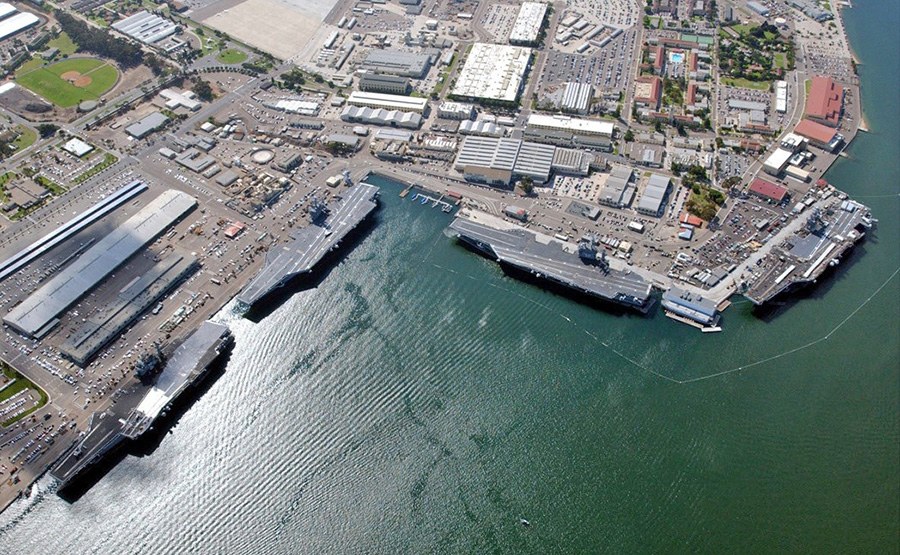 Shallow and mid-depth groundwater beneath Operable Unit 11 (OU 11) on Naval Air Station (NAS) North Island is contaminated with a concentrated (hundreds of parts per million) mixture of chlorinated solvents including 1,1,1-trichloroethane (1,1,1-TCA) and trichloroethene (TCE). A portion of the contamination is likely present as a dense nonaqueous phase liquid (DNAPL). The Navy is performing an Engineering Evaluation/Cost Analysis (EE/CA) evaluating enhanced in situ bioremediation (EISB) and high-temperature in situ thermal desorption (ISTD) as final remedies for the Site. Several key data gaps remain regarding the conceptual site model that need to be addressed before the EE/CA can be completed. Specifically, additional site investigation is necessary to (1) to delineate DNAPL impacts in the subsurface; (2) improve understanding of the composition and distribution of dissolved phase chlorinated solvent plume; (3) improve understanding of the extent to which lithology controls contaminant distributions; and (4) improve understanding of geochemistry and microbiology in the shallow and intermediate aquifers. In addition, bench treatability testing is required to determine the feasibility of biostimulation and bioaugmentation for treating the high concentrations of mixed 1,1,1-TCA and TCE at the site.

Naval Facilities Engineering Command Southwest contracted Geosyntec (via subcontracts through Barajas & Associates (BAI) and Shaw Environment and Infrastructure (Shaw EI)) to develop a conceptual design for EISB, and provide technical direction during the design and implementation of a field investigation to delineate DNAPL and dissolved phase chlorinated solvent impacts at the site. In addition, Geosyntec is directing a bench test evaluation of EISB using aquifer material from the Site.

Geosyntec developed a conceptual design for an EISB system that consists of an active recirculation system for delivery of bioremediation amendments (e.g., electron donors) in the DNAPL source area and a series of passive biobarriers in the downgradient plume. Geosyntec and the University of Toronto are now evaluating the feasibility of EISB via a laboratory microcosm study that is focusing on the performance of bioaugmentation cultures (KB-1, KB-1 Plus, and ACT-3) for treating the high-strength mixture of 1,1,1-TCA and TCE in site groundwater. In Fall 2007, Geosyntec assisted BAI in writing a detailed sampling and analysis plan (SAP) for conducting a site investigation using a combination of membrane interface probe (MIP) and direct push technology (DPT) to rapidly delineate the DNAPL and groundwater impacts at the site, and identify lithologic constraints on contaminant migration via cone penetrometry. The SAP was approved by California Department of Toxic Substances Control and the Regional Water Quality Control Board within a relatively short (2-month) period, and Shaw initiated the MIP/DPT investigation in 2008. Geosyntec is providing technical direction to Shaw for the MIP/DPT investigation, particularly with regard to data interpretation and further refinement of the conceptual site model.

Geosyntec developed a viable EISB conceptual design for a site that previously was considered, due to above-ground access constraints and the perception of conditions inhibitory to EISB, to be unsuitable for EISB. Working with a state-of-the-science approach, Geosyntec developed an innovative design that minimizes conflicts with above-ground infrastructure, and relies on specialized bioaugmentation cultures to achieve effective treatment in a mixed 1,1,1-TCA/TCE DNAPL source zone. The SAP developed by Geosyntec and partners was rapidly approved by regulatory authorities with minimal comments, thereby expediting implementation of the site investigation.