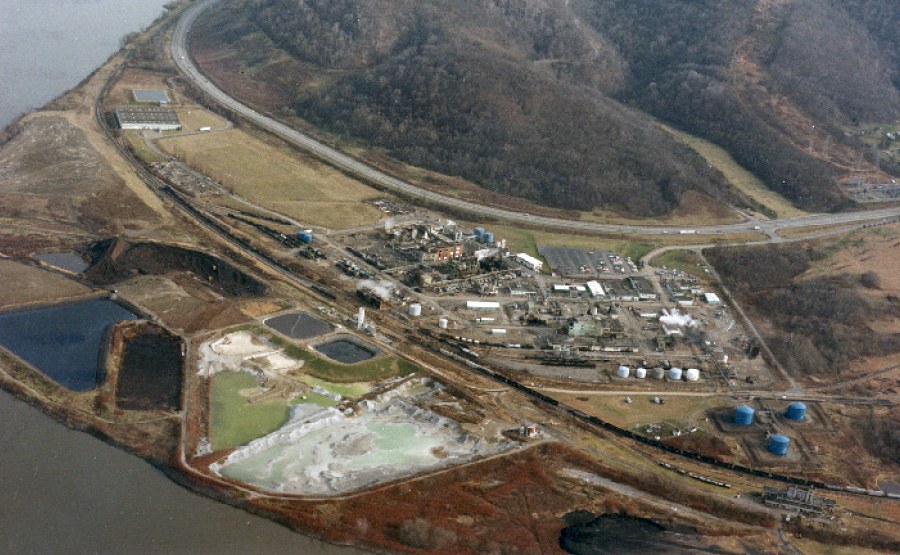 The 388-acre Hanlin-Allied-Olin NPL site is a former chemical manufacturing complex near Moundsville, West Virginia. The southern portion of the facility produced chloromethane products and used the chlor-alkali (mercury cell) process to manufacture chlorine and sodium hydroxide. The northern portion of the facility produced numerous semi-volatile intermediates for the manufacture of plastics and other synthetic materials. The long-term objective for the site entailed cost avoidance through the proactive development of two significant remedial components: (i) a major removal action using on-site disposal, and (ii) control of chlorinated solvents in an aquifer used downgradient of the site for a municipal water supply. Both objectives related to a third objective of minimizing the Remedial Investigation/Feasibility Study (RI/FS) scope, thereby reducing long-term cost uncertainty.

Working hand-in-hand with the client, Geosyntec developed a program to address the three objectives starting with the impacted groundwater issue. Using an adaptive site management (ASM) framework, Geosyntec performed a phased investigation of potential chlorinated solvent Dense Non-Aqueous Phase Liquid (DNAPL) presence, including groundwater characterization, bedrock topography, detailed soil characterization, and bedrock characterization. Each phase allowed focusing of successive phases to increase project efficiency. Based on our analysis of the collected data, our hydrogeologists developed and refined at each stage a conceptual model that allowed targeted soil vapor and groundwater extraction remedies for the source area. During the hydrogeologic investigations, Geosyntec discovered a counter-intuitive preferential groundwater pathway for contaminants. Based on our pathway analysis, we were able to design a groundwater extraction network completely different from the interim system that had been in place since the plant's production days. Our approach reduced the required groundwater extraction rates by 60 percent, from 500 gpm to 200 gpm, while tripling the mass removal rate for chlorinated solvents through strategic source well placement and providing substantial protection of the downgradient drinking water supply. When U.S. EPA initially required an extensive bedrock characterization program, we used our analytical models of DNAPL dissolution timing and regional geologic interpretations to demonstrate that U.S. EPA's postulated bedrock migration pathways with the most serious ramifications were not supportable. U.S. EPA concurred with our assessment and agreed to significantly limit the scope of bedrock DNAPL investigation required for the RI/FS.

Geosyntec provided a significant degree of cost certainty by managing the design and implementation of major elements of the groundwater and soil remedies ahead of the trailing RI/FS process. We successfully applied adaptive site management strategies to efficiently identify and quantify remedial needs. Similarly, our strategy of applying the CAMU rule and permitting an OSDF achieved significant risk reduction at a definable cost well below any off-site alternative that might be reasonably proposed. As a result, by the time the RI/FS is completed, many of the most costly and potentially contentious issues will have been resolved to the satisfaction of regulators at costs controlled by our clients.