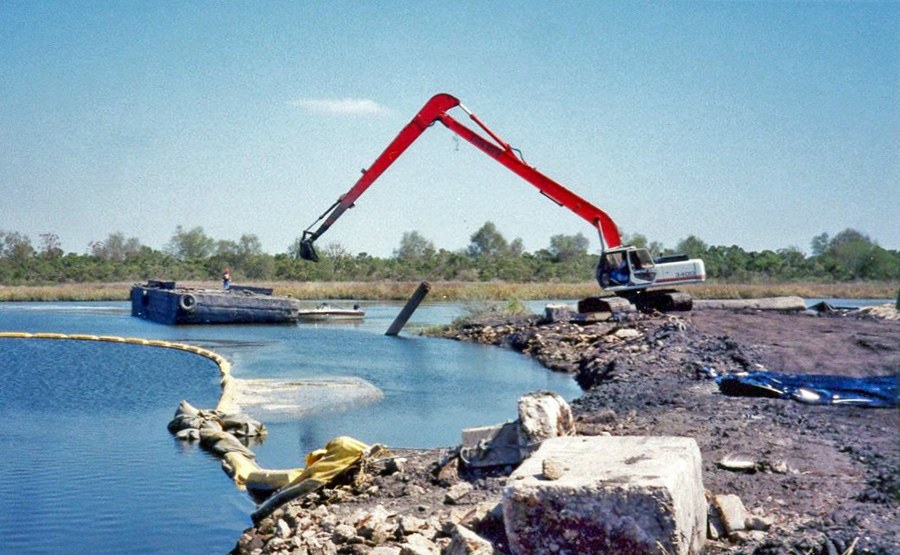 This Dredge Spoil Area/Outfall Ditch site is located in coastal Georgia and consists of four source areas, three disposal areas and an outfall ditch. The sources border Dupree Creek, Terry Creek and the Back River. From 1948 through 1980, toxaphene was produced at a plant in Brunswick. During this period, wastewater was disposed directly into Dupree Creek. Interpretation of a 1971 aerial photograph showed a plume in Dupree Creek emanating from the outfall ditch.

The U.S. Army Corps of Engineers (USACE) Savannah District has been involved in dredging Terry and Dupree Creeks since 1938. Dredged spoils had been disposed in three principal areas. The sediments dredged from Terry and Dupree Creeks were determined to be contaminated with toxaphene. The largest disposal area used by the USACE during this time was about 17 acres. The impoundment construction was such that sediment and water were disposed directly into the spoil area, and as the solids settled out of the dredge slurry, water was allowed to drain out of three weirs and back into Terry and Dupree Creeks.

In addition to the preparation of daily and weekly construction oversight reports documenting contractor progress, problems and resolutions, Geosyntec was responsible for creek turbidity monitoring during sediment removal to determine if contractor construction methods were controlling re-suspension of sediments, which could impact sensitive receptors along the creeks. Geosyntec was responsible for collecting post excavation samples for on-site testing of toxaphene, as well as for post excavation data analysis. The focus of the analysis was to provide a recommendation to the client and the U.S. EPA as to the effectiveness of the sediment removal excavation performed by the contractor. Upon completion of construction activities, Geosyntec prepared a project close out report, documenting compliance of the removal action in accordance with the approved removal action work plan.

Geosyntec successfully provided sediment quantity removal by conducting detailed investigation and depth profiling. The project was managed with no change orders, and our efforts were accomplished with no sediment leaving the site during removal.