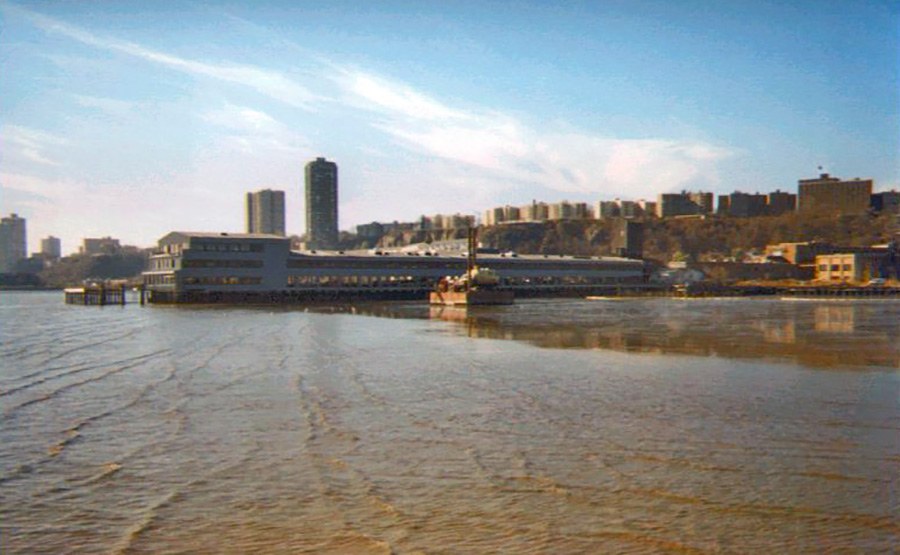 Site Characterization and Removal Response Action at a Coal Tar Site on the Hudson River, Edgewater, New Jersey
« All Projects

The Quanta Resources Site is located in a former industrialized parcel directly across the Hudson River from Manhattan. The site was used for coal tar storage from the 1930s until 1974, followed by the reprocessing of waste oil. The site previously contained over 60 aboveground storage tanks and 10 underground storage tanks having a total storage capacity of more than nine million gallons. During the years of plant operations, coal tar was off-loaded from barges docked at the site. The upland areas as well as the river sediment adjacent to the site contain a variety of contaminants including polycyclic aromatic hydrocarbons (PAH), arsenic, chromium, and lead. A plume of coal tar creosote exists beneath the site that extends into the Hudson River creating an oil sheen on the river adjacent to the site.

The site was added to the National Priorities (Superfund) List in September 2002. Honeywell International retained Geosyntec to perform site investigation, a feasibility study, and remedial design services to control the oil sheen and to meet the overall requirements of U.S. EPA Region 2.

Geosyntec began by conducting a Removal Site Investigation (RSI) and an Engineering Evaluation/Cost Analysis (EE/CA) pursuant to a non-time critical CERCLA Removal Response Action ordered by U.S. EPA Region 2. We performed the RSI to delineate both upland and sediment source areas. During work plan development and negotiation with the U.S. EPA, we developed an interactive, GIS-driven site model to garner same-day concurrence from U.S. EPA on our investigative approach. We then employed innovative rapid assessment techniques to define the configuration and extent of dense non-aqueous phase liquids (DNAPL) in the subsurface soils and river sediments. These techniques included sediment core samplings using a vacuum coring device developed by Geosyntec, and a barge-mounted Cone Penetration Testing (CPT) device fitted with a Rapid Optical Screening Tool (ROST). These technologies enabled Geosyntec to identify in real-time a continuous profile of hydrocarbon DNAPL during the sampling program. The CPT also enabled us to obtain geotechnical properties of the sediments to support engineering evaluation and design.

As a part of a focused EE/CA, we evaluated a range of remedial technologies to reduce contaminant migration from the site to the Hudson River; these included excavation, capping, sheet-pile wall containment, interceptor trench, free-product removal, enhanced recovery, and solidification/fixation. A mechanistic model of coal tar migration, considering both physical and chemical processes, was developed to describe DNAPL migration from the uplands to the sediments.

Based on the results of the EE/CA we focused the removal response action on isolating the uplands from the river sediments. Broader questions of contaminant fate and transport were deferred for a subsequent Remedial Investigation/Feasibility Study (RI/FS). A DNAPL collection trench was recommended as the interim remedy to control hydrocarbon migration to the Hudson River. This approach was deemed a cost-effective and readily implementable removal response appropriate for the purposes of the CERCLA Removal Action.

Geosyntec developed a comprehensive Conceptual Site Model (CSM) for this complex site that was required under an U.S. EPA removal response order to control visible, ongoing impacts to the Hudson River. Through the use of rapid cost-effective characterization tools and the development of a focused EE/CA approach, Geosyntec provided streamlined removal response recommendations geared to position the high-value property for redevelopment.