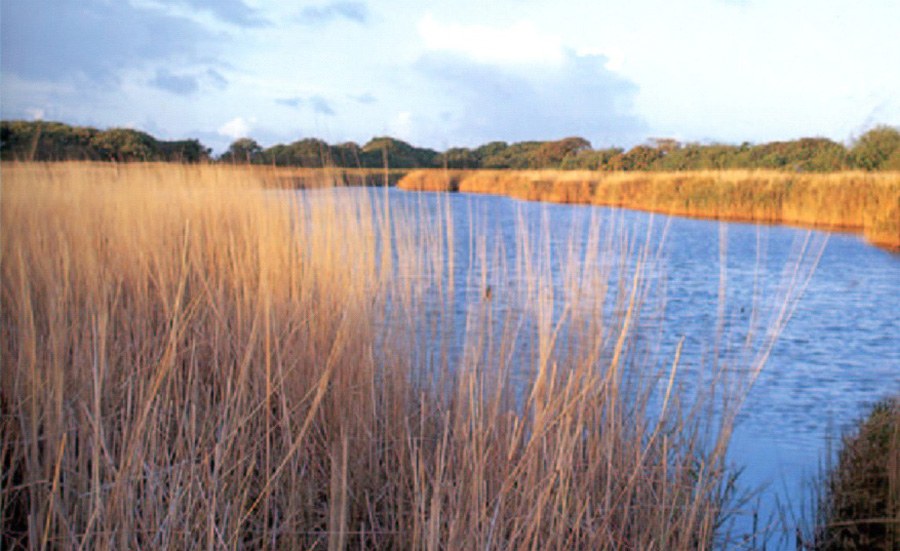 The closed Fresh Kills Landfill site on Staten Island is the largest remaining open space within New York City's five boroughs. The 2,200-acre site, active for more than 50 years, includes four waste disposal mounds ranging in height from 90 to 200 feet and is the final resting place of World Trade Center debris. The City has elected to retain ownership of the site and develop it as a world-class urban recreation destination, creating the Fresh Kills Lifescape Parkland. Field Operations, an internationally-renowned landscape architecture and planning firm, developed a master plan that envisions a multi-use facility consisting of parks, recreational areas, walking paths, cycling paths, water-sports areas, meeting areas, sporting facilities, and nature preserves. The City's goal is to create a recreation-centered environment while maintaining the environmental integrity and in compliance status of the disposal facilities.

Geosyntec is the member of the Field Operations team responsible for ensuring that surficial enhancements to the site do not impact its compliance with state and federal closure/post-closure regulations. In addition, Geosyntec provides geotechnical engineering design and stormwater management consultation services on all site development activities.

The first step in developing the Fresh Kills Lifescape Parkland project was the preparation of a master plan for redevelopment. During this planning stage, Geosyntec prepared a detailed analysis of the landfills waste containment systems and developed a plan to provide continued access for the operation and maintenance (O&M) of environmental protection systems throughout the post-closure care period which includes park construction and active recreational use. We evaluated the proposed landfill closure plans and integrated the proposed Parkland features with the post-closure O&M requirements. We also evaluated the engineering attributes and foundation requirements for roadway support structures, berms constructed over the closure system, and environmental protection system features. Included among the feasibility evaluations that Geosyntec performed was the proposed construction and operation of wind-energy towers on top of landfill mounds.

The design phase of the project began in 2009 and will be ongoing through at least 2015. During this stage of the project, Geosyntec's role will be to design features that will be located near and/or on the landfill mounds. Geosyntec will also assist in completing project-specific Supplemental Environmental Impact Statements that will be prepared to assess the potential for environmental impacts resulting from the individual projects. We will also provide coordination on environmental compliance issues among the various City departments and consultants involved in the design, construction, and operation of the proposed Parkland.

In addition, Geosyntec is leading the effort to implement innovative low impact development (LID) methods in the design of the stormwater management (SWM) system for the Parkland. The goal for application of LID techniques is to provide a visible demonstration of the green mechanisms used to transform the landfill into the Parkscape.

Geosyntec's efforts in support of the master plan have allowed Field Operations to realistically conceptualize the transformation of a landfill into a highly desirable Saturday-afternoon destination in the New York City of 2016. The master plan, with its 10-year build-out schedule, has received enthusiastic support from the city. Fresh Kills is to the 21st century as Central Park was to the 19th, says Parks and Recreation Commissioner Adrian Benepe.