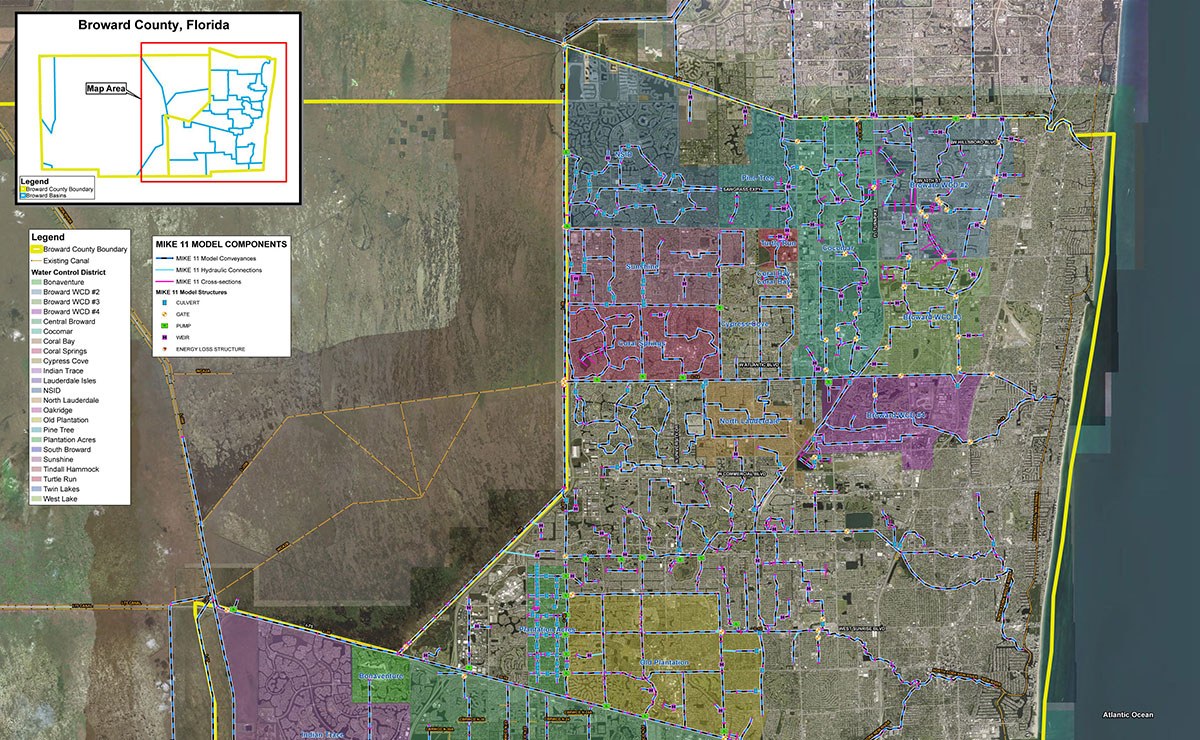 The goal of the project is to establish a baseline for future resiliency for Broward County, Florida buildings and infrastructure to prepare for projected sea level rise and climate-change induced hydrological changes. The overall result will be reducing flood risk for development and re-development, while increasing the sustainability of structures over their lifespan. The future 100-year flood elevation map will be incorporated into county code. Leveraging the results of the 100-year flood mapping, the county will establish new regulatory criteria for setting finished floor elevations for development and re-development throughout the county.

The scope of work includes a detailed review of the county's current FEMA Community Rating System (CRS) score to determine areas where this project could help increase their ranking, which would result in additional flood insurance premium discounts for county citizens. Significant stakeholder involvement, including formal public information events and one-on-one meetings, was needed to garner support from the municipalities and water control districts as well as to solicit input and data for refining the model. Several GIS-based model data tools are also being developed to facilitate adjustments in the future modeling scenarios based on changes to future condition projections.

Beyond establishing regulatory elevations throughout the county based on future conditions, the model will also be used by stakeholders after the project to evaluate secondary drainage issues, provide a baseline for water management planning, and support the development of long term capital projects for water resources, transportation, and utilities.