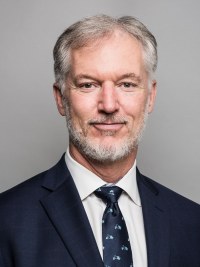 Todd McAlary is a Senior Principal Engineer with more than 30 years of international consulting experience focused on the evaluation of contaminant fate and transport in soil and groundwater.

Todd McAlary is a Senior Principal Engineer with more than 30 years of international consulting experience focused on the evaluation of contaminant fate and transport in soil and groundwater.

Todd specializes in assessing and mitigating the migration of volatile organic compound (VOC) vapor from the sub-surface environment into buildings and in the assessment of human health risks associated with inhalation exposure. He co-authored the first technical publication demonstrating the potential for enhanced groundwater contamination attributable to vapor diffusion in 1989. In 1997, Todd became the technical director of one of the world’s largest studies of subsurface vapor intrusion (VI) at a site in the United Kingdom and has since conducted site-specific assessments of VI at hundreds of sites throughout the world.

As Geosyntec's VI practice leader, Todd guides company-wide training, protocol development, marketing, and recruiting related to these services. He also provides technical consultation to clients in support of litigation involving several VI challenges and is a technical specialist in regulatory negotiations involving groundwater contamination and VI issues where his expertise and communication skills have been critical to stakeholder understanding of the complex nature of the topics.

In 2001, Todd was invited to be one of three co-authors of the U.S. Environmental Protection Agency's (EPA) Supplemental Environmental Indicator Guidance on VI. He has contributed to more than a dozen such guidance documents during the past decade, including the Electric Power Research Institute's VI reference handbook, the U.S. Navy's VI review, and the UK Energy Institute's Soil Vapor Protocol. He is a contributing author or editor for VI guidance documents published by the Interstate Technology and Regulatory Council, the New Jersey Department of Environmental Protection, Canada's Atlantic Provinces Partnership In RBCA Implementation (PIRI), Health Canada, and the Ontario Ministry of the Environment.

To advance the state of the practice, Todd conducts pioneering research into alternative methods of assessing and mitigating VI, including passive samplers, high volume sampling, mitigation optimization, and rigorous field sampling protocols. He also is a member of the U.S. EPA's Expert Panel on Vapor Intrusion and teaches short courses on VI at conferences and workshops. He has chaired sessions, been an invited speaker, and made platform presentations on VI at more than 50 conferences and organized or participated in several vapor intrusion workshops for his clients.

Contact Todd McAlary at This email address is being protected from spambots. You need JavaScript enabled to view it. or +1-905-339-7066.

Geosyntec Staff to Contribute to AEHS Conference on Soil, Water, Energy, and Air

Geosyntec professionals will make a significant technical contribution at the 2021…