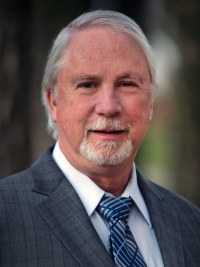 John Boyer is a Senior Consultant currently based in North Carolina, joining Geosyntec after serving for 30 years with the New Jersey Department of Environmental Protection (NJDEP).

John Boyer is a Senior Consultant currently based in North Carolina, joining Geosyntec after serving for 30 years with the New Jersey Department of Environmental Protection (NJDEP).

While with NJDEP, John served as a principal in the development of vapor intrusion policy for the agency and co-authored the "NJDEP Vapor Intrusion Technical Guidance" in 2005 and all subsequent editions through 2018. He was also responsible for providing technical support for all aspects of site remediation, particularly vapor intrusion and soil contamination, and handled the technical regulatory oversight of several high-profile contaminated sites in New Jersey, including DuPont/Chemours in Pompton Lakes, Exxon/Mobil Bayway Refinery in Linden, and Curtiss-Wright in Wood-Ridge.

Concurrent with his NJDEP career, John held the position of Co-Chair of the Vapor Intrusion and Petroleum Vapor Intrusion Teams with the Interstate Technology & Regulatory Council (ITRC). In this role, he led multi-disciplinary teams of up to 250 local, state, and federal regulators; industry and academic experts; consultants; and community stakeholders in a consensus-driven approach to developing national environmental guidance and training through ITRC. His technical and administrative leadership led to the development of ITRC companion documents, "Vapor Intrusion Pathway: A Practical Guideline" (2007) and "Vapor Intrusion Pathway: Investigative Approaches for Typical Scenarios" (2007), as well as the follow-up "Petroleum Vapor Intrusion: Fundamentals of Screening, Investigation and Management" (2014).  John also directed the development of and was an instructor in separate training classes based on ITRC's VI and PVI guidance documents.

John also served as part of the U.S. EPA Vapor Intrusion Team to assist the federal government in developing federal guidelines and provide training around the country.  He served as a member of the ASTM International task group on vapor intrusion charged with developing the document, "Standard Practice for Assessment of Vapor Intrusion into Structures on Property Involved in Real Estate Transactions (ASTM E2600-08)." He has also been a frequent speaker at conferences and training classes throughout the United States and in Australia and China.

Contact John Boyer at This email address is being protected from spambots. You need JavaScript enabled to view it. or +1-609-358-3335.