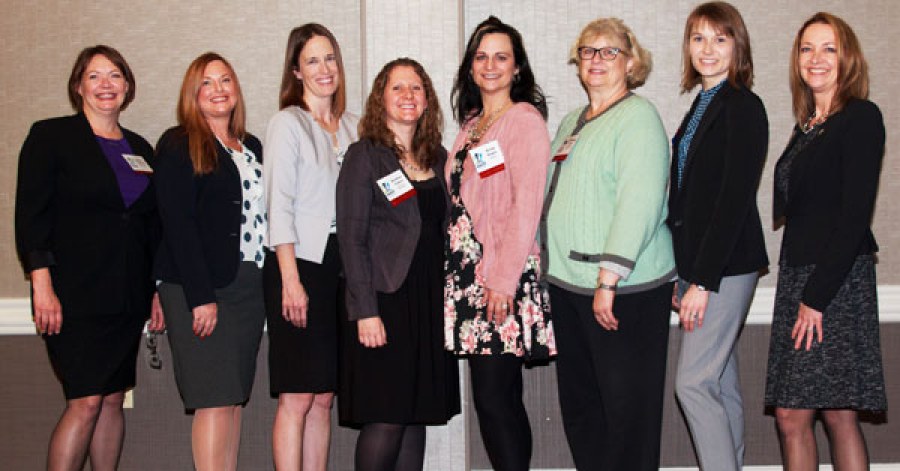 In 2015, Heather Tahon, a Senior Scientist in Geosyntec's Pittsburgh office, was looking for organizations to join to expand her professional network in western Pennsylvania. However, she found herself coming up short. When she decided to cast her net a bit wider, she found chapters of the Society of Women Environmental Engineers (SWEP) in central and eastern Pennsylvania and decided to explore opening a Three Rivers chapter in the Pittsburgh area.

Heather reached out to a handful of peers in the region, including Amanda McNally, who at the time worked at AECOM. (Amanda now works with Heather at Geosyntec.) As it turns out, both individuals hoped to find a diverse network of people who understood the experience of being a woman leader in an organization and field historically dominated by men. As they began to connect with others in the region, they found many other local professional women felt the same way. Six of them joined Heather and Amanda in their endeavor, and the SWEP Three Rivers Chapter was born.

There were many months of work before the first meeting, from commissioning the new organization's logo, registering as a non-profit, and creating a membership rate structure to crafting a mission, planning events, and setting committees. Since that time, another of Heather and Amanda's colleagues at Geosyntec, Rama Rajandra Pandkar, has also become involved. Rama is now an integral member of the SWEP Three Rivers Communications Committee.

Speaking about the women who helped form the chapter, Heather says that though many have moved on from SWEP, the relationships she forged "were and still are important to me . . . and a lot of these women have become my mentors."
Their members now include consultants, scientists, attorneys, educators, government employees, students, and non-profit administrators. What began as a group of eight women now includes 150 members across western Pennsylvania. SWEP Three Rivers operates with a mission to provide women environmental professionals in the Three Rivers region with a community that recognizes and supports their leadership and career development.

SWEP Three Rivers also aims to provide an information-sharing forum and promote public service within the environmental field. Through its events, the group focuses on relevant industry topics and provides an opportunity for more personal connection and discussion amongst its members. As Amanda says, "Be it motherhood, discrimination in the workplace, or lack of representation, we talk about these things, and our experiences are validated by women who've been there too."

Even in the last year spent largely in their homes, SWEP worked deliberately to build community in a year of disconnection. Their flagship event, called "A Conversation With," is an ongoing series of talks with women (and the occasional gentleman) in varied roles across the industry, followed by the opportunity to ask questions and network. Though they became virtual, these conversations continued, and the community SWEP created became more important than ever.
In addition to the professional development of its members, the group emphasizes giving to their community beyond the monetary, including stream and park clean-up days, mentoring, workshops, educational events, networking, and simply enjoying time together—all of which grow and strengthen the community of women environmental professionals in the greater Pittsburgh area.

Geosyntec to Present on Innovation and Sustainability at SETAC

Geosyntec will deliver six presentations, co-chair a technical session, and sponsor a…

Amanda McNally and Julia Keay to Present on Sustainability Analysis and Flood Risk Management at the International Conference on Soils, Sediments, Water, and Energy

Professionals from Geosyntec, will make a substantial technical contribution at the…