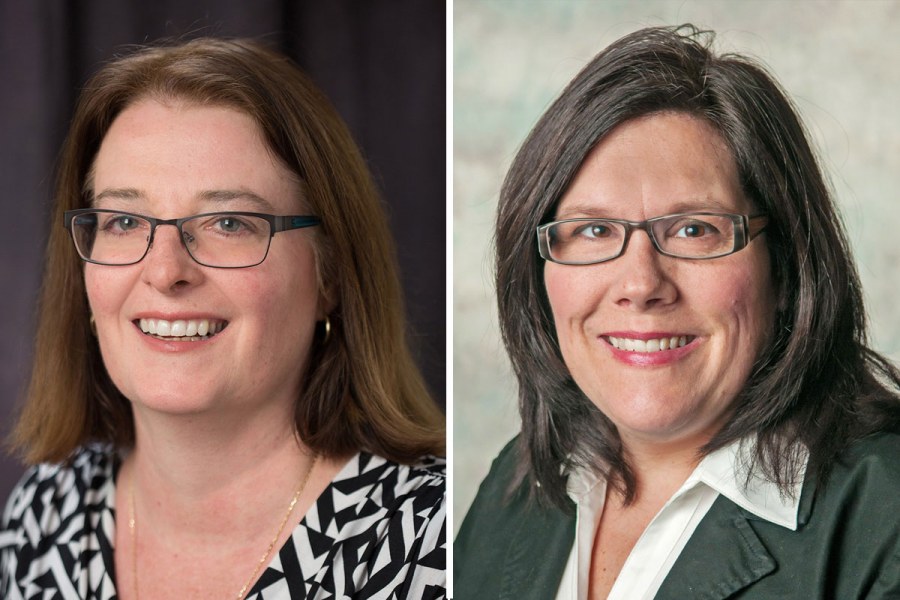 Michaye McMaster and Sandra Dworatzek (Ontario) coauthored a paper published on May 17, 2018 in the journal Frontiers in Microbiology, Volume 9.

Michaye is a Senior Principal Remediation Scientist based in Ontario with more than 15 years of experience focused on the development, field testing, and general application of in situ biological systems to remediate soil and groundwater. She has years of experience in developing remedial solutions for sites impacted by chlorinated solvents in groundwater using bioremediation and bioaugmentation as key treatment components of comprehensive remediation strategies.

Frontiers in Microbiology is a leading journal in its field, publishing rigorously peer-reviewed research across the entire spectrum of microbiology. This multidisciplinary open-access journal is at the forefront of disseminating and communicating scientific knowledge and impactful discoveries to researchers, academics, clinicians and the public worldwide.

Dehalococcoides mccartyi (D. mccartyi) strains differ primarily from one another by the number and identity of the reductive dehalogenase homologous catalytic subunit A (rdhA) genes within their respective genomes. While multiple rdhA genes have been sequenced, the activity of the corresponding proteins has been identified in only a few cases. Examples include the enzymes whose substrates are groundwater contaminants such as trichloroethene (TCE), cis-dichloroethene (cDCE) and vinyl chloride (VC). The associated rdhA genes, namely tceA, bvcA, and vcrA, along with the D. mccartyi 16S rRNA gene are often used as biomarkers of growth in field samples. In this study, we monitored an additional 12 uncharacterized rdhA sequences identified in the metagenome in the mixed D. mccartyi-containing culture KB-1 to monitor population shifts in more detail. Quantitative PCR assays were developed for 15 D. mccartyi rdhA genes and used to measure population diversity in 11 different sub-cultures of KB-1, each enriched on different chlorinated ethenes and ethanes. The proportion of rdhA gene copies relative to D. mccartyi 16S rRNA gene copies revealed the presence of multiple distinct D. mccartyi strains in each culture, many more than the two strains inferred from 16S rRNA analysis. The specific electron acceptor amended to each culture had a major influence on the distribution of D. mccartyi strains and their associated rdhA genes. We also surveyed the abundance of rdhA genes in samples from two bioaugmented field sites (Canada and UK). Growth of the dominant D. mccartyi strain in KB-1 was detected at the UK site. At both field sites, the measurement of relative rdhA abundances revealed D. mccartyi population shifts over time as dechlorination progressed from TCE through cDCE to VC and ethene. These shifts indicate a selective pressure of the most abundant chlorinated electron acceptor, as was also observed in lab cultures. These results also suggest that reductive dechlorination at contaminated sites is brought about by multiple strains of D. mccartyi whether or not the site is bioaugmented. Understanding the driving forces behind D. mccartyi population selection and activity is improving predictability of remediation performance at chlorinated solvent contaminated sites.

Geosyntec Honored as Key Partner of the University of Toronto

Geosyntec professionals will make a significant technical contribution to the Seventh…

Sandra Dworatzek (Ontario), a Senior Manager at SiREM, a division of Geosyntec, was…
Tweets by Geosyntec