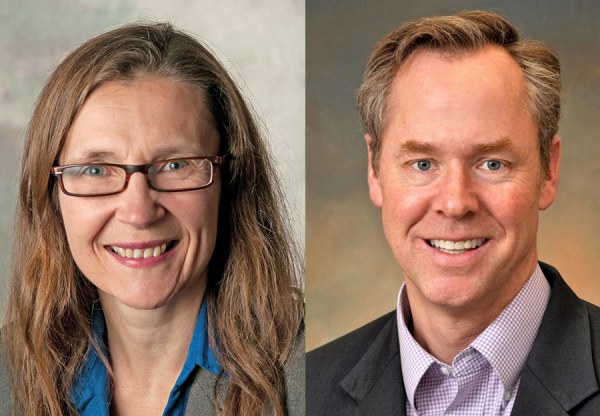 Leah MacKinnon (Ontario) and Neal Durant (Washington DC) co-authored a peer-reviewed journal article entitled "The influence of cosolvent and heat on the solubility and reactivity of organophosphorous pesticide DNAPL alkaline hydrolysis" in the August issue of the journal Environmental Science and Pollution Research.

The article describes one aspect of a the NorthPestClean project (http://www.eng.northpestclean.dk), a project testing technologies for enhancing performance of in situ alkaline hydrolysis for treatment of dense non aqueous phase (DNAPL) organophosphorus pesticides (OPPs), primarily parathion and methyl parathion. The research demonstrated that certain alcohols can be used as cosolvents to enhance dissolution of OPPs and that, when applied in combination with moderate heating, accelerate destruction of OPPs by hydrolysis. The European Union and the Danish Government funded the research, which was performed by a team that included the University of Aalborg, COWI, Geosyntec, the Region of Central Denmark, and Tufts University.

The presented research concerned the compatibility of cosolvents with in situ alkaline hydrolysis (ISAH) for treatment of organophosphorous (OPP) pesticide contaminated sites. In addition, the influence of moderate temperature heat increments was studied as a possible enhancement method. A complex dense non-aqueous phase liquid (DNAPL) of primarily parathion (~50 %) and methyl parathion (~15 %) obtained from the Danish Groyne 42 site was used as a contaminant source, and ethanol and propan-2-ol (0, 25, and 50 v/v%) was used as cosolvents in tap water and 0.34 M NaOH. Both cosolvents showed OPP solubility enhancement at 50 v/v% cosolvent content, with slightly higher OPP concentrations reached with propan-2-ol. Data on hydrolysis products did not show a clear trend with respect to alkaline hydrolysis reactivity in the presence of cosolvents. Results indicated that the hydrolysis rate of methyl-parathion (MP3) decreased with addition of cosolvent, whereas the hydrolysis rate of ethyl-parathion (EP3) remained constant, and overall indications were that the hydrolysis reactions were limited by the rate of hydrolysis rather than NAPL dissolution. In addition to cosolvents, the influence of low-temperature heating on ISAH was studied. Increasing reaction temperature from 10 to 30 °C provided an average rate of hydrolysis enhancement by a factor of 1.4–4.8 dependent on the base of calculation. When combining 50 v/v% cosolvent addition and heating to 30 °C, EP3 solubility was significantly enhanced and results for O,O-diethyl-thiophosphoric acid (EP2 acid) showed a significant enhancement of hydrolysis as well. However, this could not be supported by para-nitrophenol (PNP) data indicating the instability of this product in the presence of cosolvent.

For more information regarding the article, visit: Environmental Science and Pollution Research

Geosyntec is providing services to new and existing clients from our new Washington,…

Neal Durant Coauthors Paper on 1,2,4-Trichlorobenzene in the Journal of Contaminant Hydrology